What’s the story with brain fog and menopause?

THE WASHINGTON POST – Pat Lea, 72, a long-time friend who lives in England, began forgetting words mid-sentence when she was 48, impairing her ability to speak in public and provoking countless embarrassing moments. Lea, then a housing benefits manager in a London borough, tried making light of it, then began writing her notes in advance, but things only became worse.

“It seemed innocuous at first, but became more intense,” she said.

One day, while delivering a presentation about new government legislation to an audience of about four dozen, someone asked her a question – and her mind went blank.

“It was as if a fog had descended into my brain,” she said.

She attributes her “brain fog” and memory lapses during that time to perimenopause, the stage before menopause when hormones fluctuate and periods become irregular. And she is not alone. Women often report these and other symptoms – depression and inability to focus, for example – as menopause approaches.

“I have patients complaining all the time about their brain function,” said gynecologist and founder of the New Jersey Women’s Wellness Center in Montvale Cindy Parnes. “They are worried. But I tell them there are many Hallmark cards about (midlife forgetfulness), and if Hallmark is making cards, it’s because a lot of people can relate to it.”

The Department of Health and Human Services’ Office on Women’s Health said up to two-thirds of women in perimenopause report cognitive problems, although estimates as to the extent of affected women differ among experts. It’s also still unclear what causes these deficits – hormones or other factors – and whether they continue postmenopause. With all the uncertainties, however, scientists don’t doubt these problems exist, and can be disruptive. 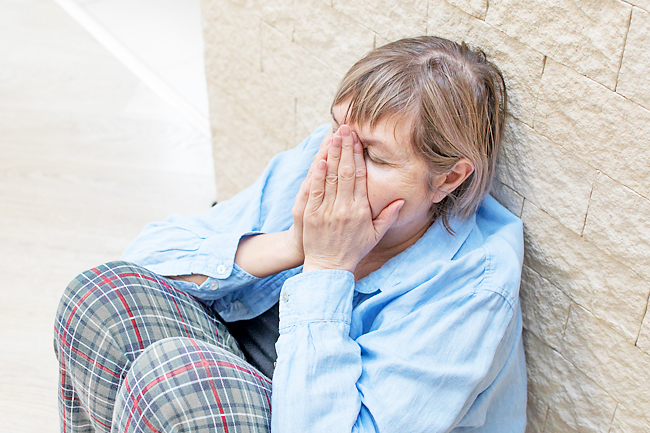 “Growing evidence said this is real,” said associate professor of neurology and obstetrics and gynecology at the University of Rochester Miriam Weber, whose research suggests that symptoms typically begin during perimenopause.

“Multiple studies have shown declines in memory and attention,” Weber said. “What we don’t know is whether it persists. So far it seems like it may be temporary, just through the transition” from perimenopause through menopause.

One recent study of low-income women of colour, some of them HIV infected, suggests that cognitive declines may linger into postmenopause for some, although demographics also may influence this, said medical director of the North American Menopause Society (NAMS) Stephanie Faubion, which published the research in its journal, Menopause.

“These findings, which differ from those of prior studies, may be a result of lower income women with multiple risk factors for cognitive dysfunction,” said Faubion, citing low education, mental health disorders, trauma exposure, substance use and infections such as hepatitis C and HIV, which could make them “more vulnerable to longer-lasting cognitive changes in menopause”.

Past president of NAMS and professor of psychiatry, psychology and obstetrics and gynecology at the University of Illinois at Chicago – and one of the study authors – Pauline Maki estimated that one in 10 women will have “clinically significant” menopause-related cognitive changes, even into the postmenopause years. She said more research is needed into how long – and why – these symptoms can last.

“We need a better understanding of who is vulnerable to persistent menopause-related cognitive changes and why, so that we can personalise strategies for maintaining cognitive health into the postmenopause,” she said.

Researchers believe hormones are involved, although they aren’t sure how or to what extent. “We think it does have to do with hormonal changes, but memory problems are also related to things like depression, sleep disturbances and hot flashes,” Weber said. “However, we know that even when we control for those, we still see these effects. So they aren’t the whole story.”

Studies find that hormone replacement therapy doesn’t prevent or improve cognition deficits in menopausal women. But research suggests that it can prevent the onset of depression upon entering perimenopause.

“I think it’s very clear that a subgroup of women do develop depression, for some for the first time in their lives, and there is evidence that declining estrogen contributes to its development,” said Chief of the Behavioral Endocrinology Branch at the National Institute of Mental Health and one of the study authors Peter Schmidt. Replacing waning estrogen “does seem to be effective in improving mood”, he added.

Also, he pointed out that depression itself may harm cognition.

“When you get depressed, it does affect your attention and retention of information,” Schmidt said. “While the majority of women go through the transition from normal reproductive life to menopause without any problems of depression and cognitive change, a subgroup does report changes in mood behaviour as well as cognition. So it’s real for some women – but not all.”

“Some women experience no symptoms and others experience clinically meaningful symptoms,” she said. “The severity and duration of menopause-related declines in memory likely depends on many factors such as the level of memory skill a woman had before menopause, the severity of sleep and vasomotor symptoms, mood changes, lifestyle factors, a woman’s sensitivity to changes in estrogen, and life stressors.”

The latter – life stressors – could be an important contributor, Parnes said.

“Think where they are in life,” she said. “I do think hormones affect cognition, but there are so many factors, it’s not just hormonal. These are middle-aged women with more expenses, kids in college, elderly parents – there are a lot of things they worry about.”

Weber and other experts suggest physical exercise as one way to cope, along with the often-recommended array of stimulating activities for the brain, such as crossword puzzles, reading books and newspapers, even “engaging in thoughtful discussions”, with other people.

Also, finding ways to ensure good sleep will help, especially since sleep disruptions during menopause have an effect on brain function. “If you don’t sleep well, your memory and cognitive abilities are going to suffer,” Parnes said.

Women shouldn’t assume they are fated for cognitive difficulties – or worse, Weber said. “Many women experience memory changes and worry they have Alzheimer’s,” she said. “The message is: It’s unlikely you have it this early, and this is not uncommon.”

Lea said she thinks that stress probably deepened her problems. Her former husband – with whom she shared a daughter – died unexpectedly without leaving a will. He never remarried, and it fell to Lea to sort out his estate. Simultaneously, work pressures increased.

“There’s some doubt as to whether my memory loss issues were solely the result of me going through menopause, or because of the stress that I was experiencing at that time,” she said.

The memory loss continued after her periods ceased in 2002, but to a much lesser extent, Lea said.

“I still forgot words, and the fogginess went on for some time, particularly on waking in the morning, not knowing what day it was or what I was meant to be doing,” she said.

But after starting a new job in 2004, her symptoms improved rapidly.

“I was fortunate to have a support position with a much lesser amount of responsibility, and I began to feel useful again,” Lea said. “I haven’t noticed anything severe in terms of memory loss from that time onwards.”