THE STAR/ DPA – In the pursuit of health, there have been countless rules disseminated about food and eating, to varying degrees of accuracy and scientific backing.

Some of the most enduring have to do with what times are optimal for eating, and for which types of foods.

One example would be salad: Some said it’s best not to have one at dinner because it’s hard to digest right before you go to bed.

But these rules belong more in the realm of myth than science.

There is no conclusive evidence for time restrictions on eating, said Astrid Donalies from the German Nutrition Society (DGE). 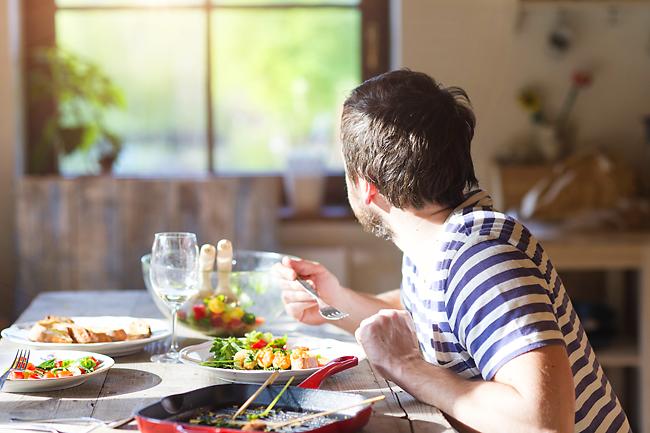 That being said, people who have heartburn should be careful with eating fruit in the evening, said Sabine Holzaepfel, a nutrition consultant in Germany.

“It’s unpleasant when lying down and makes it hard to fall asleep.”

In the past, it used to be that when and how often someone ate was less important than their overall intake.

However, that’s changed somewhat, according to Holzaepfel, who said some studies have shown that timing does matter, for instance, showing health benefits when it comes to eating a more substantial breakfast and a lighter supper. But the claim that anything eaten after 6pm remains undigested isn’t true, explained Donalies.

“Digestion begins with chewing and the spit in your mouth,” she explained. It doesn’t turn off when you go to bed.

That’s not to say that some things are easier to digest than others: Heavily spiced or fried foods stay in the gastrointestinal tract longer and take longer to digest. Anyone who suffers from stomach pressure, a feeling of fullness or heartburn should therefore aim for smaller meals in the evening, and to eat at least three or four hours before bed, advised Donalies.

If you usually eat a large meal at night, then that is what your body is used to.

If you’re feeling full or are a bit flatulent, a brisk walk around the neighbourhood can help you feel better before going to bed.

Donalies does said that there have been scientific observations that show certain foods eaten later at night could promote obesity and type 2 diabetes, particularly candy or other sweets, and white bread.

But weight gain or loss depends primarily on energy consumption, she explained.

What you eat should reflect the energy needs of your body.