Q: I recently installed a new bathroom medicine cabinet with a fog-free mirror made by Home Decorators Collection. I followed the cleaning instructions, which were to use a glass cleaner (I used Windex) and a soft cloth or paper towel. After cleaning, I noticed a three-inch-long thin streak in the centre of the mirror. I tried additional glass cleaner, but I could not remove the streak. Is it possible that I scratched the fog-free coating? How can I fix this?

A: Fog-free mirrors come in two basic types. Some have heaters or hot-water reservoirs that warm the glass to prevent condensation, the tiny water droplets that form when warm, moist air hits a cold surface.

The other type works because of a clear, polyester film applied over the mirror at the factory. The film absorbs some of the water that would otherwise form droplets, and it contains surfactants that come to the surface when moisture is present. When the film absorbs as much moisture as it can, droplets start to form, but the surfactants flatten them, so the water runs off in sheets. Because this keeps you from having to look through droplets with myriad surface angles, the mirror reflects about as well as when the glass is dry.

Key to the system are the surfactants, which are baked onto the film and don’t wash off, as they would if you tried to prevent condensation by smearing the mirror with soap, as some online advice suggests.

“It’s as if they (the surfactants) are coming out to greet the water molecules,” explained an executive at the company that licenses the technology to MCS Industries in Easton, Pennsylvania, which supplies the film to Home Decorators Collection, a Home Depot brand. He explained the process on the condition that neither he nor his company be named. “The surfactants swell, and they are evenly dispersed. So you get a low-contact angle. A lotus-leaf effect is a high-contact angle – the water beads up and you can shake it off. With ours, it’s the complete opposite – the coating makes water flat. So it forms in a sheet rather than in isolated water droplets.”

Chief operating officer at MCS Industries Steve McGowan said there are two scenarios that might explain why a streak developed in your mirror: “if you didn’t use enough cleaning material, so it wasn’t fully lubricated,” or if you rubbed really hard, especially if there was grit on the cloth or paper towel.

The cleaning instructions for fog-free mirrors from Home Decorators Collection said to use “a generous amount” of window cleaner, and they mention Windex, Zep Streak-Free Glass Cleaner and HDX Glass Cleaner. There is no mention of whether the glass cleaner needs to be ammonia-free, which is deliberate, because the company licensing the technology tested and found it didn’t matter.

The instructions also note to “never clean the mirror with a dry paper towel or lint free cloth without cleaning solution”, and they warn to not leave any dry spots on the mirror when you’re spraying on the glass cleaner.

What isn’t said is why that matters. The anti-fog film is softer than glass, and the surfactants make the film slightly tacky when dry. If you rub with a dry cloth, bits of the paper towel or slight amounts of lint from what seems to be a lint-free cloth can stick to the surface and appear as a streak. And rubbing with your hand might leave behind skin cells.

The solution then may be to apply a liberal amount of glass cleaner over the surface and wipe again. Stop wiping just before the surface becomes completely dry. There’s a fine line between what the instructions say – “remove all the cleaning solution by using a gentle circular motion” – and continuing to rub after the solution is gone.

If that doesn’t work, a steam treatment might eliminate the streak. The company licensing the technology tested this using an industrial steamer rented from Home Depot.

You might even be able to use a steam iron if it jets steam while the iron is vertical and you can avoid touching the iron to the glass. Steam the glass until it is fully wet, which might take five minutes. That should loosen the lint or other contamination. Then wait another five minutes or so, which allows the contaminants to disconnect from the film. Clean the surface as usual, by spraying the whole mirror with cleaner and wiping in circular motions with a paper towel or soft, lint-free cloth. Whatever is trapped in the film and causing the streak should come off. The company behind the technology recommends using Bounty paper towels, because its lab tests have shown they rarely shed fibres.

Of course, if the film or mirror is deeply scratched, or if there is a manufacturing defect, steam won’t cure the problem. – The Washington Post 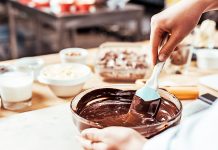 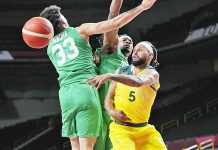