What women stress about according to age

AFP – Women are more burdened by the mental load and the multiple demands placed on them, and are often subject to high levels of stress. A British study draws attention to the nature of these factors by associating them with specific age groups.

We don’t go through our 20s, 30s or 50s with the same mindset or life goals. But women are also subject to different forms of stress throughout their adult lives.

A recent survey conducted for Tessy’s Brunches (a London-based women’s mentoring and support network) even established specific age ranges for these different stressors and sources of anxiety, terming them “ages of worry”.

Most of them are largely associated with the mental load that women are regularly confronted with.

The survey was conducted among 1,000 women across the United Kingdom (UK). With the exception of money (which is a concern for all ages of respondents in similar proportions), the survey identifies three distinct life periods. For example, women between the ages of 21 and 34 are most anxious about their mental health, their careers and their friendships. 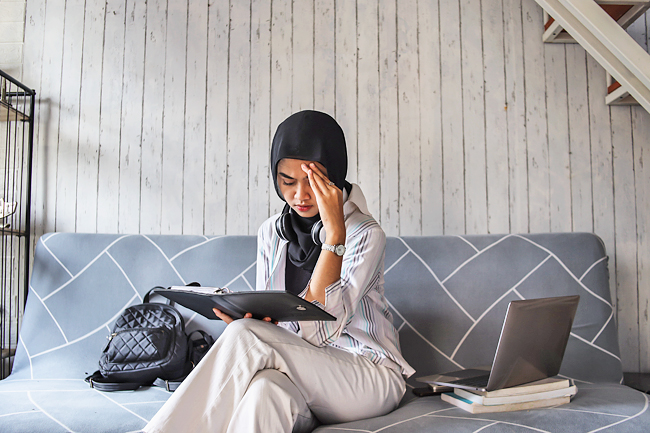 Between the ages of 45 and 54, relationships take precedence over their concerns.

And after the age of 65, the respondents confide that they are mainly worried about their family.

The survey charted important stages of a woman’s life: her career and the desire to progress while being fearful of not succeeding (the infamous glass ceiling); the desire (or for some, the pressure) to start a family; then, later on, a possible divorce or a blended family becomes a key aspect of life to be managed.

It is also not uncommon for women to become caregivers for one of their family members (according to several studies, the majority of caregivers are women).

Associating these crucial moments of life with the stress felt by women puts the myth of the “wonder woman” into perspective.

In other words, the “intense societal pressure” for women to “succeed” in all these areas of their lives (professional, family, friends, romantic relationships), despite the psychological pressures that weigh on them.

“This research shows how the pressures facing modern working women are constant and ever- changing.

“Trying to live up to these expectations imposes a huge psychological burden, which, if not addressed, can ruin lives.

“If we wish to improve this, then the first step must surely be to recognise that these barriers to female success and happiness exist,” outlined founder of Tessy’s Brunches Tessy Ojo.

While this survey was conducted in the UK, women’s mental burdens knows no borders.

It affects women everywhere: at home, at work, and even during vacations!