THE WASHINGTON POST – When you reach a certain age, every lost key or hard-to-conjure word comes with a nagging question – is my mind slipping? The answer, unfortunately, is probably yes, but that doesn’t mean that you’re becoming senile or have something to worry about, said Denise Park, distinguished university chair in behavioural and brain sciences at the University of Texas at Dallas.

Most people experience a little bit of forgetfulness as they get older, particularly in their 60s and 70s, Park said, and this is the result of subtle changes in processing speed that begin in your 20s. Initially, these changes are too small to perceive, but eventually they become noticeable.

“It’s like taking just a little bit of money out of your bank account each month. It won’t seem like much at first, but eventually you’ll notice you don’t have as much money,” Park said.

Requiring an extra moment or two to remember someone’s name or having a little trouble keeping a lot of information in your head at one time or switching between focussed tasks are normal parts of ageing and not a sign that you’re losing your mind, she said. “These changes are not threatening to your everyday life, as a general rule.”

Your 60-year-old brain isn’t going to function like it did at age 25 any more than your skin will look like it did at that age, but that doesn’t mean you’ll become senile. The brain’s frontal cortex, which is used for problem solving and some aspects of word processing, shrinks with age, but it also shows more activity as you get older. “So maybe you have less real estate, but you use it more,” Park said. 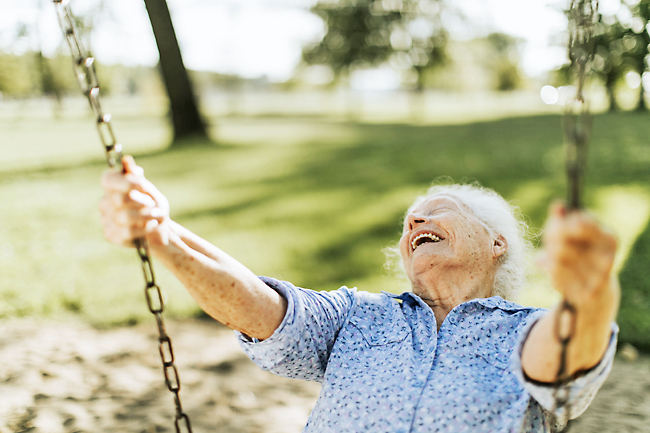 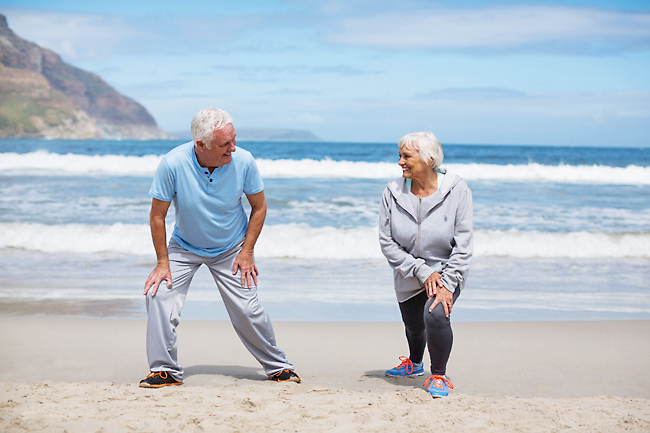 There’s also evidence, she said, that older adults can create new brain pathways to cope with diminished ones and to increase their processing capability.

Research has identified numerous ways to keep your mind healthy as you get older.

If you’re a smoker, quitting the habit is the number one thing you can do, said psychologist at the Leonard Davis School of Gerontology at the University of Southern California Elizabeth Zelinski. When it comes to cognitive decline, “Smoking is probably the number one risk factor – it affects your nervous system and vascular system,” she said, and detriments to either of those systems can accelerate memory problems.

Other risks for age-related cognitive decline include high blood pressure and diabetes, obesity and being sedentary, all of which affect your vascular system.

One of the most powerful ways to keep your mind healthy is with exercise.

Physical activity has been shown to promote neurogenesis – the formation of new neurons – and so it’s not surprising that exercise would help keep your mind sharp. In 2012, Zelinski published a meta analysis on methods to improve cognition in older adults.

“What we found is that exercise was just as effective as doing any kind of cognitive training like brain games,” she said. “Moderate exercise, even just walking, seems to be fine,” Zelinski said.

An analysis from the Mayo Clinic Study of Ageing found that moderate exercise in mid or late life was linked to a reduced chance of developing mild cognitive impairment. A review of 46 trials with more than 5,000 participants published last year concluded that exercise is associated with reduced cognitive decline and seems especially helpful for helping working memory. And a 2017 review of randomised, controlled trials concluded that in adults 50 and older, moderate intensity exercise (either aerobic exercise or strength training) was linked to improved cognitive function.

Just as you can train your body, you can also train your brain. “Cognitive training is very much like taking your brain to the gym,” said clinical neuroscientist at the University of Melbourne Amit Lampit. The idea is to use highly structured exercises to practice cognitive processes so you can improve and maintain cognitive performance.

These exercises can improve performance on the cognitive tasks that they challenge, but the problem is that the improvements may not transfer to the things we really care about in real life. Does getting faster at a computerised memory test also make you faster at remembering someone’s name? Right now, it’s hard to say.

Numerous computerised brain training exercises are commercially available. While some studies have suggested these programmes might be helpful, “there is currently little evidence that computerised cognitive training can delay or forestall dementia,” Lampit said.

Computerised brain games are “what I like to think of as ‘get smart quick’ schemes”, said psychologist at Florida State University Walter Boot. They are “something that you can sit down and do, and you can improve your performance and get better in a relatively short amount of time”, he said, but ultimately they probably aren’t making a meaningful difference in how your mind works as you age. Instead, he said, it’s probably the lifelong things that you do, such as engaging with the world and being social, that matter.

Even with the ones that show the most promising results, “what ends up happening is people find them hard and don’t like doing them, so they drop out”, Zelinski said.

This means it’s important to find a cognitive challenge that you’ll stick to. The problem with computerised brain training exercises, she said, is that when they work they feel effortful, and so people tend to stop. Park said the trick is to find something mentally difficult that’s also engaging and that allows some room to progress. That could be learning a new language or musical instrument or even taking up quilting, which is a hobby that can require advanced spatial thinking.

Things you can do to stay mentally and socially engaged appear to be especially helpful. For instance, some evidence exists that people who retire, especially from low-level jobs, have relatively faster mental declines than people who keep working, Zelinski said.

Social connection and activities involving interactions with other people seem particularly helpful. “When you go to a party where you don’t know anybody, you’re actually engaged in a pretty complex cognitive task,” Park said. “You’re meeting new people, trying to remember their names and keep their stories straight,” and that’s a good way to exercise this kind of cognition.

Numerous studies have shown that diets that follow the Mediterranean pattern might help maintain good cognitive health. A study published in 2019 looked at more than 2,600 participants in a longitudinal study of ageing and found that those who’d eaten a Mediterranean-style diet as adults had better cognitive performance in middle age.