The Washington Post – The world’s oceans have been warming for generations, a trend that is accelerating and threatens to fuel more supercharged storms, devastate marine ecosystems and upend the lives and livelihoods of millions of people, according to a new scientific analysis.

Published this week in the journal Nature Reviews, it finds that the upper reaches of the oceans – roughly the top 2,000 metres, or just over a mile – have been heating up around the planet since at least the 1950s, with the most stark changes observed in the Atlantic and Southern oceans.

The authors of the review, who include scientists from China, France, the United States and Australia, write that data shows the heating has both accelerated over time and increasingly has reached deeper and deeper depths. That warming – which the scientists said likely is irreversible through 2100 – is poised to continue, and to create new hotspots around the globe, especially if humans fail to make significant and rapid cuts to greenhouse gas emissions.

The findings underscore both the key role the oceans have played in helping to offset human emissions – oceans absorb more than 90 per cent of the excess heat trapped within the world’s atmosphere – and also the profound implications if the warming continues unabated. If it does, the areas near the surface of the oceans could warm by two to six times their current temperature, the scientists wrote.

“Global warming really does mean ocean warming,” co-author of the review and a scholar at the National Center for Atmospheric Research Kevin E Trenberth said in an interview from New Zealand. “The best single indicator that the planet is warming is the ocean warming record.” 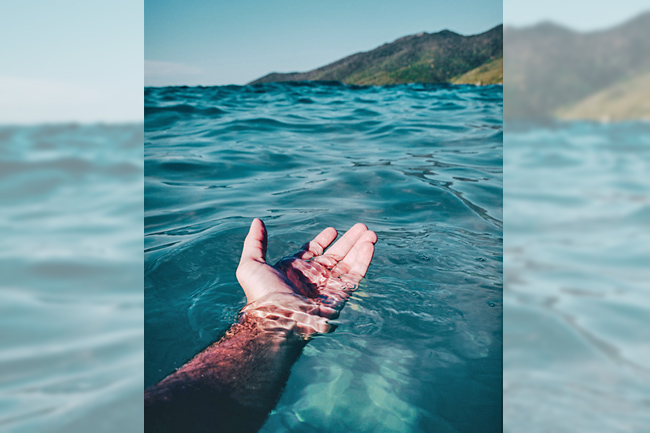 That record, comprised of thousands of temperature measurements across the globe over decades, he said, shows a “relentless” trajectory.

“The warming has been accelerating, and the most rapid warming rates have been in the last 10 years or so,” he said.

The consequences of hotter oceans already are on display in numerous ways.

Scientists attribute about 40 per cent of global sea level rise to the effects of thermal expansion in ocean water. Warmer oceans also speed the melting of ice sheets, adding to rising seas. They disrupt traditional weather patterns and deepen drought in some areas.

And they fuel more intense hurricanes, as well as create the conditions for more torrential rainfall and deadly flooding.

The authors cite one example from August 2017, when the Gulf of Mexico reached the warmest summertime temperature on record to that point. That same month, Hurricane Harvey tore through the gulf, exploding from a tropical depression to a major hurricane and dumping catastrophic amounts of rain on Houston and other areas.

“All of these things are part of the fact that there’s extra energy available” in the oceans, Trenberth said.

In addition, the analysis found that future warming could cause precipitous drops in certain fisheries, causing the loss of livelihoods and food sources. The trend also makes it “inevitable” that marine heat waves will become more extensive and longer-lasting – a reality that can trigger toxic algal blooms and fuel massive mortality events among coral reefs, kelp forests and other ocean life.

While the authors make clear that oceans around the world are projected to continue warming over the coming decades, even if humanity begins to cut greenhouse gas emissions, that warming will not happen equally across the globe. Largely due to circulation patterns, some regions are projected to warm faster than others and are likely to grapple with more intense impacts.

The paper also underscores that while many uncertainties remain, how that plays out is “critical” to the consequences humans will likely experience, said professor and oceanographer at the University of Arizona Joellen Russell.

“That is incredibly important for people to understand.”

The latest findings are largely in line with the growing body of research has documented – that oceans have long stored astounding amounts of energy from the atmosphere and mitigated the impacts of greenhouse gas emissions, but that over time profound impacts are unavoidable on land and at sea.

In its most recent assessment on the state of climate science earlier this year, the Intergovernmental Panel on Climate Change (IPCC) said it is “virtually certain” that the upper swath of the oceans have warmed over the past half-century, and that human-caused carbon emissions are the main driver.

“Global mean sea level has risen faster since 1900 than over any preceding century in at least the last 3,000 years,” the IPCC wrote. “The global ocean has warmed faster over the past century than since the end of the last deglacial transition (around 11,000 years ago).”

Still, researchers say the amount of future warming depends on what humans do – or don’t do – to rein-in the greenhouse gases that ultimately are heating oceans. And better measuring, understanding and mitigating the problem should be a global priority.

If the world can steer toward a future with the kind of rapidly shrinking emissions envisioned by the Paris Climate Agreement, the author of this week’s review write, that would likely “lead to a detectable and lasting reduction in (the) ocean warming rate, with noticeable reductions in climate-change impacts”.

Russell said the latest findings emphasise that it “absolutely matters” that humans cut emissions as quickly as possible, to limit warming in the oceans and the ripple effects that ultimately has for humans.

“Our oceans are doing us a profound service,” she said. “As a scientist and a mom, I pray about the fact we need to bend that curve in my lifetime. It is important that we do this.”