REDU, BELGIUM (THE WASHINGTON POST) – Nearly 40 years ago, books saved this village.
The community was shrinking fast. Farming jobs had disappeared and families were moving away from this pastoral patch of French-speaking Belgium.

But in the mid-1980s, a band of booksellers moved into the empty barns and transformed the place into a literary lodestone. The village of about 400 became home to more than two dozen bookstores – more shops than cows, its boosters liked to say – and thousands of tourists thronged the winsome streets.

Now, though, more than half the bookstores have closed. Some of the storekeepers died, others left when they could no longer make a living. Many who remain are in their 70s and aren’t sure what’ll happen after they’re gone.

It’s not just the businesses at risk. It’s Redu’s identity.

This is a place that celebrates itself as a village du livre, a book town. Its public lampposts and trash cans are adorned with bibliophilic hieroglyphs.

But what happens when the main attractions become less attractive? This is the challenge the village du livre must now confront.

“Life is changing, but nothing is dying,” said Mayor Anne Laffut of Libin, the municipality where Redu sits. “Everything is evolving.” 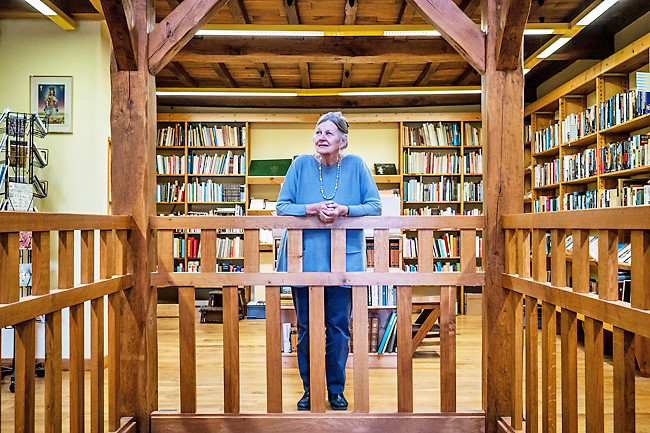 Redu holds a vaunted place in the history of book towns, an honorific that originated with an eccentric Brit who brought hundreds of thousands of books to the Welsh market town Hay-on-Wye in the 1960s.

Richard Booth, who died in 2019, transformed Hay into a global capital of used books, attracting numerous booksellers and opening a half-dozen shops of his own.

Booth’s success inspired struggling rural communities around the world to remake themselves as book towns, hoping to attract tourists and jump-start their economies. Redu was the first copycat.

Spurred by a visit to Hay in the late 1970s, part-time Redu resident Noel Anselot hatched a similar strategy for his weekend home, according to a brief history of the place by Miep van Duin, who at 76 is one of the village’s longest tenured booksellers.

On Easter weekend in 1984, roughly 15,000 people descended on Redu, perusing the used and antiquarian volumes vendors sold out of abandoned stables and sidewalk stalls. The booksellers decided to stay. Others soon followed, along with an illustrator, a bookbinder and a paper maker. It was an eclectic, countercultural crowd. Young families arrived, too, and new students trickled into the faded schoolhouse.

The pièce de résistance: For the first time in years, Redu had its own bakery.

The village, van Duin concluded, had been reborn.

“It was much more lively then than it is now,” she said.

Now there are 12 or fewer bookshops, depending on how one counts – and, perhaps, who is doing the counting. Those who are more optimistic about the future of the bookstores tend to cite a higher number.

Those who are less hopeful say their trade has fallen out of fashion, and that people, especially young people, are reading fewer books.

“The clientele is ageing and is even disappearing,” said owner of La Librairie Ardennaise Paul Brandeleer.

Brandeleer was among the pioneers of Easter ‘84. His inventory includes tomes that are hundreds of years old.

Now, at 73, he’s living off his retirement pension. A sign in front of his store used to advertise his services as achat – vente, buying and selling, but the former has been crossed out. He doesn’t want any more books.

“We have no kids to take over, they are not interested.”

Surveying his shop’s rows of books, its low ceiling and brick walls, he offered a metaphor pulled from the stacks: “I think we are the last of the Mohicans.”

Down the road, the owner of Bouquinerie Générale – a store that specialises in bandes dessinées, French-language comics also known as BDs – had his own genre-appropriate comparison.

“We are like Asterix: The last village fighting everyone,” said Bob Gossens, invoking the French comic book series about a small Gallic village that resists the Roman Empire.

In his telling, the Romans might be global tech companies or Silicon Valley entrepreneurs, pulling his clientele away one app at a time.

“The Internet is breaking everything,” the 73-year-old said.

Nowadays, Gossens gets few customers aside from a core group of regulars who come for his rare editions. Those who do stop in, he has noticed, tend to treat the place like an exhibit of artefacts from another age, rather than a still-functioning store.

“They come here like they go to the museum,” he said.

Gossens does not predict a storybook ending for the shops in his village: “We will die a natural death,” he said.

A founding member of the International Organization of Book Towns, Redu is part of a network of similarly situated communes. Van Duin, who was the group’s first board president, said the still-thriving book towns are in Britain, including Scotland’s Wigtown, which hosts a renowned literary festival.

“When you go to a book town in the United Kingdom (UK) in November, sometimes you have to wait before you can pay,” van Duin said. “And here, when somebody comes in in November and buys a book, I could kiss him.”

While a return to the glory days is probably out of reach, van Duin is hopeful that Redu will retain its artistic vibe, even if the bookstores continue to become less plentiful.

“It will stay a special village, because that’s the reputation and that doesn’t die very quick,” she said.

This is a natural process in a village life cycle, said Maarten Loopmans, a geography professor at Belgium’s KU Leuven. If a community like Redu is to survive, eventually a new generation must take over and strike a balance between “livability for themselves and, at the same time, an asset to sell to the outer world,” he said.

“I’m pretty sure it will still be attractive to tourists,” Loopmans added. “But it will need to reinvent itself with a new story that is more attractive these days.”

When Johan Deflander and Anthe Vrijlandt moved to Redu about six years ago, the couple’s friends warned them they were making a mistake.

“Everyone said, ‘Oh you’re going to buy a house in Redu? Isn’t that the village that’s going to die? Where they used to have bookshops?’ “ Deflander said.

The couple, who are in their early 50s and live part of the year in Kenya, wanted to open a new kind of establishment, one that moves beyond the “stuffy, old, bankrupt secondhand bookshop idea,” Vrijlandt said.

“It’s all in the narrative, you know?” Deflander said. “Some of the people who have been here for a longer term, they have difficulties changing the narrative. While we -“

“While we have the luxury of not being stuck in the past,” Vrijlandt finished.

Their shop, La Reduiste, hosts jazz nights and film screenings, in addition to selling books in multiple languages and serving espresso and Belgian beer. Books – or, perhaps just as important, the idea of books as symbols of comfort or quaint sophistication – remain at the centre of the business, which is a model the two say could be replicated villagewide. La Reduiste, they said, is profitable.

“The future is looking in the linkages between books and art in general,” Deflander said, as he and Vrijlandt took turns running the bar and greeting customers. “You can do a lot of interesting cultural activities if you open it up from just selling books.”

One of Redu’s most immediate concerns revolves around the schoolhouse, a stately but abandoned stone building at the centre of town. Laffut, the mayor, called a meeting to discuss possible future uses of the building and some 70 people showed up – nearly a quarter of the village’s population. The enthusiasm was uplifting, she said.

“There is a change of mentalities,” Laffut said. “The elders think the village is changing because there are fewer bookstores and it is a disappointment. But there is a new generation, which is very active in Redu. Many volunteers are teaming up with the same desire for the village to continue to endure.”

Laffut, who has been the municipality’s mayor for 15 years, said she is no longer worried about Redu’s future. The village’s location in the Belgian Ardennes, a vast region of forests and rolling hills, means it should continue to bring in nature lovers, she said, and its handful of restaurants and proximity to the Euro Space Center also help.

But perhaps the most significant recent development was the arrival of Mudia, an interactive art museum that opened in 2018 in a former vicar’s house, which displays works by Picasso, Rodin and Magritte. The museum has bolstered Redu’s reputation as a viable destination for sculptors and painters, and it is the most prominent example of the book town’s transition to an arts town.

Roland Vanderheyden has a foot in both Redu’s past and future. He worked full time as a bookbinder for six decades until cutting back in recent years to become a painter. Now, in the four rooms where his workshop used to be, he operates a gallery with his wife, Annie Kwasny. They’re both 75 and convinced this is Redu’s path forward.

“We created this gallery to move the village toward the arts,” Kwasny said. “We are in the middle of a transition, really.”

Some, like van Duin, are content watching such changes unfold. Her shop, De Eglantier and Crazy Castle, is connected to her home, and she plans to run it until she’s no longer able.

Her bookstore – a renovated and well-appointed barn with an English-language section in the former hayloft – exemplifies Redu’s last great evolution, from a farming community in decline to a locus of letters.

“There’s a natural process of change,” she said. “It’s inevitable, I think.”

After a recent interview, van Duin flipped the sign on her shop’s front door back to open and took her seat behind the till, awaiting the village’s next chapter. 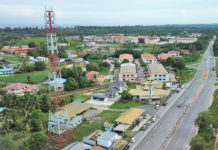 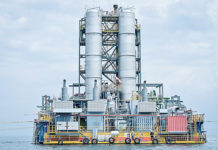 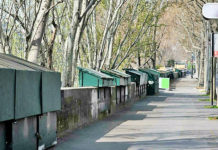