What does the queen like with tea? Jam sandwiches every day

LONDON (AP) – Queen Elizabeth II (AP pic; below) has eaten jam sandwiches every day since she was a toddler, according to her former private chef.

Darren McGrady claims on his YouTube channel that the monarch favours a strawberry preserve made from fruits picked in her Balmoral Castle grounds in Scotland.

“The queen was served jam pennies in the nursery as a little girl. She’s had them for afternoon tea ever since,” he said in a recently surfaced video published in July last year. The sandwiches are made from bread with a little butter and a spread of jam, then cut out into circles the size of an old British penny.

As part of the genteel tradition of afternoon tea, McGrady, who said he was a chef to the queen for 11 years, also revealed the monarch’s solution to a familiar quandary for British scone lovers: jam first or cream?

“The queen was always jam first,” he said in a separate video. “The jam went on followed by that delicious, clotted cream.” 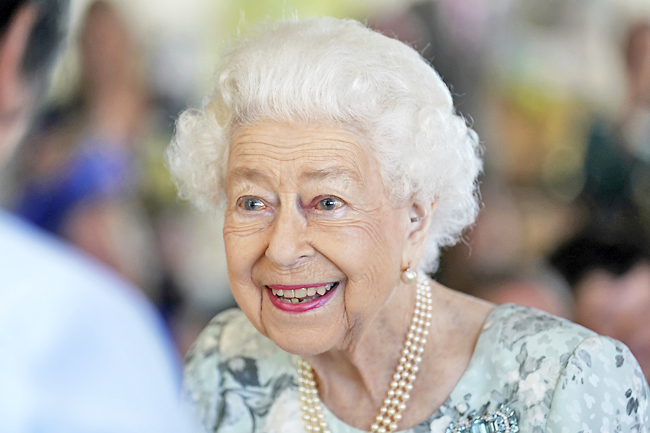