Coming off the bench for the first time since he was a rookie, Westbrook entered midway through the first quarter in the Lakers’ 133-86 loss to Sacramento.

He missed two three-pointers and had two turnovers.

The Lakers are set to open the regular season on Tuesday night at defending champion Golden State. 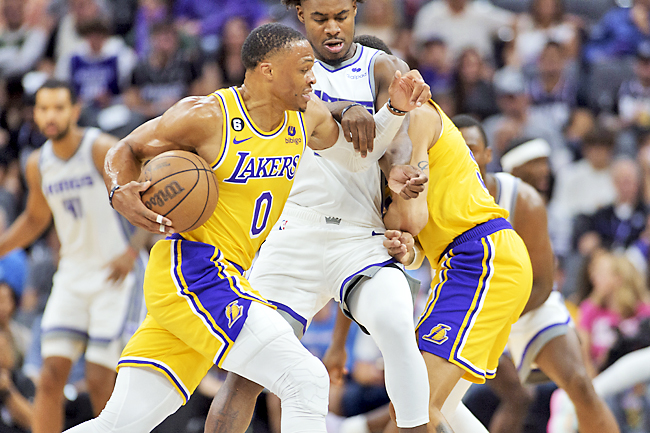