BANG! NEWS – A Welsh river turned white after a milk tanker overturned and spilled its contents into the water.

Content posted on Twitter revealed that the River Dulais in Carmarthenshire was left discoloured after the incident.

A clip uploaded to the social media site by May Lewis shows milky water cascading over a waterfall. 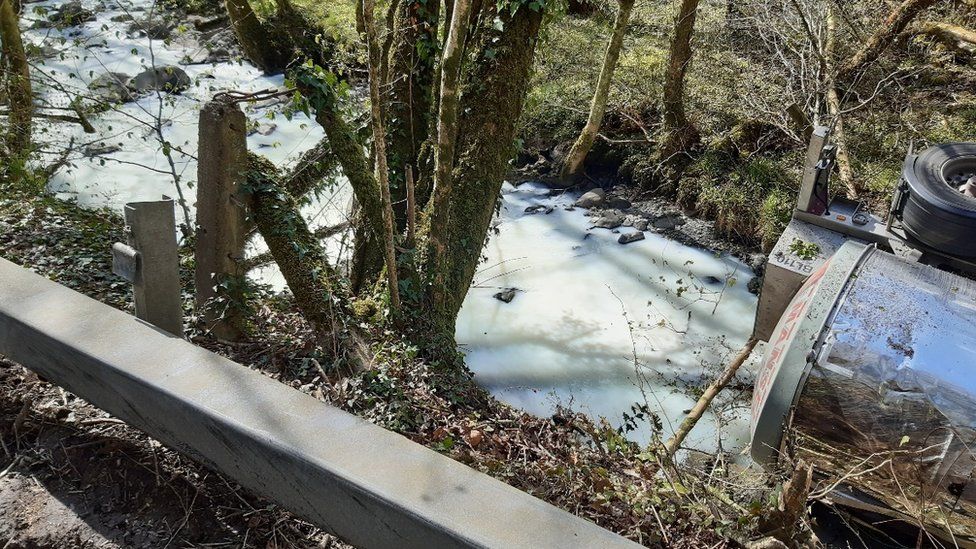 A post from Natural Resources Wales (NRW) read: “An unknown quantity of milk has entered the River Dulais today following a RTC (road traffic accident) that involved a milk tanker which had left the road.

“This has led to significant discouloration along the river and officers have been on site to assess the impact and will continue tomorrow morning.”

NRW team leader Ioan Williams added that no fish seem to have been harmed, despite initial concerns.

He said: “Our fisheries staff have been out and had an in-depth look at the affected stretch. Thankfully they didn’t find any dead fish, or fish in distress.

“Our biologists are coming out in the next day or two and they will take a closer look at whether there’s been any impact on the invertebrates – the bugs that live in the river.”