ANN/THE KOREA HERALD – The South Korean won could further depreciate against the US dollar in months to come as long as the United States (US) backs aggressive monetary tightening to fight raging inflation, analysts said, as the Korean currency weakened to a 13-year low of 1,326.1 won per US dollar last Friday.

The breach of the KRW1,300 psychological threshold – prompted by rising US rates luring investors and soaring demand for the safe-haven asset amid global economic uncertainty – is the latest indication that policymakers in Seoul have fewer tools to prevent economic shocks originating elsewhere.

“We will continue seeing a strong dollar unless there is a clear sign that US inflation is waning,” said Chief Economist Jeong Yong-teak at IBK Securities, adding the won could perform far worse in the third quarter.

“There are pressures and the currency could tumble to 1,370.”

Later this month, the US Federal Reserve looks set to back a rate hike of 75 basis points again after a month earlier, taking its range to 2.25-2.5 per cent.

It would be slightly above the 2.25 per cent the Bank of Korea set last week after lifting it by 50 basis points for the first time to tame unruly inflation.

And the rate gap is expected to stay largely unchanged until the year-end as the US central bank, more hawkish than its Korean counterpart for now, is determined to support similar raises later in the year.

The on-year June inflation there stood at 9.1 per cent, its largest increase since 1981. 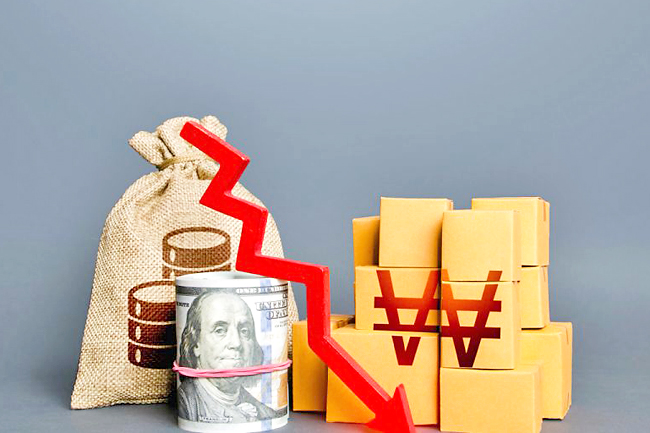