THE WASHINGTON POST – The worst Ebola outbreak in modern history began with a little boy playing beside his mother in the mountainous Forest Region of Guinea in 2013, most likely when he came into contact with guano or a piece of fruit nibbled by an animal that hosted the virus, an interaction known as a zoonotic event.

The coronavirus pandemic sweeping the world today almost certainly began with a similar meeting between a host animal and the first human to be infected.

But the roots of the epidemic that killed more than 11,300 people between 2013 and 2015 – like those of the pandemic that has claimed more than 1.4 million souls across the world this year – stretch back decades, even centuries, through the conflicts and culture that defined the environments in which they began.

“The virus is never the only protagonist of the story,” wrote Paul Farmer in his new book, Fevers, Feuds, and Diamonds: Ebola and the Ravages of History. Both events are public health crises, but understanding their roots – and discovering strategies that will eventually bring them to an end – requires far more than a knowledge of medicine or biology or epidemiology.

To control the spread of a novel pathogen in a new setting, we must grasp the context from which that pathogen emerged. 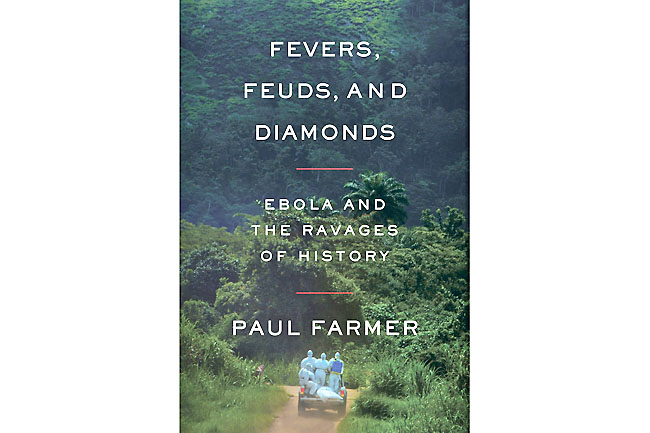 Farmer, a co-founder of Partners in Health and a giant in the public health world, is well-equipped to deliver such an approach, having spent a lifetime operating in some of the most extremely impoverished and deprived places on Earth, from Haiti to Lesotho, from the slums of Peru to the prisons of Russian Siberia. For months during the chaotic Ebola outbreak in West Africa, he helped establish health systems in Liberia and Sierra Leone.

His memories of those hot and humid summer months, and his frequent returns to Sierra Leone especially, provide the foundation of his book. The narrative is supplemented by a deep exploration of the war-torn, strife-filled and tragic history of the region, which the Western world robbed of millions of men, women and children during the centuries of the slave trade – and continues exploiting for its diamonds, palm oil and rubber.

The result is a 500-page cry of anger at the centuries of shocking abuse and the hypocrisy of emerging democracies in the United States (US), Britain and France that valued liberte, egalite and fraternite, except when it came to enslaved Blacks – and that, after the independence movement of the 1950s and 1960s, did next to nothing to aid their former colonies when civil war left thousands dead and millions more displaced.

The context into which Ebola landed in West Africa, Farmer said, is a direct result of this disastrous colonialist legacy. “What happened in previous centuries is not irrelevant to the study of today’s epidemics and social responses to them,” he wrote. “To be injured or sick (in West Africa) means more or less what it did a century ago,” he added later.

Farmer even sees the legacy of colonialism in the insufficient response to Ebola from the international institutions and non-governmental organisations that raced to control the virus. He castigates a public health effort that prioritised control (identifying cases and isolating patients to reduce the disease’s spread) over care (offering the support for those sick from Ebola to mount an immune response).

In between, Farmer tells the stories of those who battled the virus, from the healthcare heroes who were often its victims to the survivors he met, both while they were ill and after they recovered. He recalls treating a boy suffering seizures, befriending a young man who lost 23 relatives to the virus, and meeting a woman who lost her husband and children and now cares for young people whose own parents did not survive.

The parallels between Ebola and the coronavirus are not found in the specifics – the two viruses are very different, both in transmissibility and in morbidity and mortality – but in the lessons we must learn before the next crisis strikes, lessons Farmer draws explicitly in a brief epilogue written as he helped Massachusetts prepare a contact-tracing army to fight the pandemic this year.

In both West Africa and the US, distrustful populations resisted government edicts: Americans decline to wear masks, despite science that proves they work to slow the coronavirus’ spread.

West Africans, similarly, resisted sending loved ones to Ebola treatment units from which they were unlikely to emerge, partly because they believed that the White strangers in their midst were stealing people. (It is hard to blame West Africans for such convictions when that is exactly what had taken place during the slave trade.)

The global responses to Ebola and the coronavirus have cast light on the importance of what Farmer calls the “staff, stuff, space and systems” of public health. What good does it do for a well-meaning organisation to build a new hospital in Sierra Leone if there are no doctors or nurses to staff it? What about the irony that those few medical professionals in West Africa lacked gloves to protect themselves, when the latex in those gloves is extracted from their soil by American companies that manufacture gloves overseas? How many died because health systems collapsed under the weight of Ebola and therefore could not treat more prevalent diseases like cholera and malaria?

Today, the countries that have handled the coronavirus with relative success are those that were prepared with the staff, stuff, space and systems. Germany and South Korea launched massive testing campaigns early and kept their outbreaks relatively small. Taiwan, Thailand and Singapore have had some of the lowest death rates in the world. America, by contrast, had a shortage of personal protective equipment early in the pandemic, a shortage that continues to plague some states and counties.

Like others who have examined the toll of pandemics – the 1918 flu, the Black Plague, the AIDS pandemic – Farmer offers the familiar warning that Ebola and the coronavirus are but chapters in the endless story of humankind’s battle with disease.

As our world becomes more globalised and interconnected, as the climate changes, and as we urbanise into previously undisturbed natural settings, we will discover new pathogens that challenge our collective health.

“Human history is one long messing with the natural world,” Farmer concluded. The zoonotic events that result in health catastrophes will become increasingly common in what he calls nature’s “basket of deplorables”. 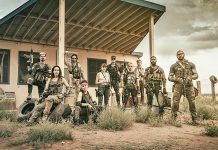 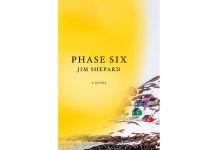 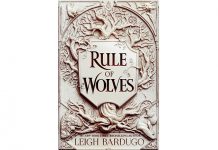