CNA/NEW YORK TIMES – With marathons starting up again and the pandemic running boom, there are more people showing up in sports medicine clinics like mine with injuries such as shin splints, Achilles tendinitis and runner’s knee.

On a recent day, I saw eight patients in a row with marathon-training injuries. Other times of the year I might see eight in a month.

An estimated 30 per cent of runners training for a marathon suffer some kind of injury, and roughly 15 per cent will never make it to the starting line because of it. This also holds true for shorter-distance events, such as half marathons, where the injury rate is comparable.

Whether you’re training for a marathon or walking in your neighbourhood, preventing injuries is far easier than treating them after they’ve occurred. Rather than waiting for an injury to find you, here are several useful considerations to keep you on the road.

Once upon a time, the default view among athletes was best summarised by an old quote from the war hero General Lewis Puller: “Pain is weakness leaving the body.”

This meant pushing training volume – be it miles, weight or intensity – to achieve athletic success. Today, sports medicine experts recognise this philosophy can cause injury in any sport. 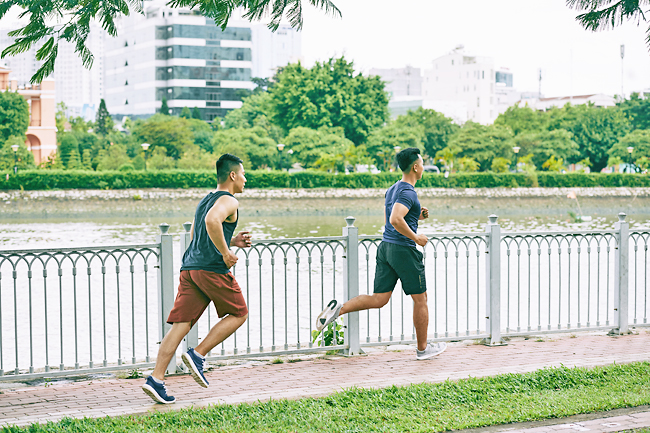 The number of innings thrown per season in baseball affects a pitcher’s risk for shoulder and elbow injury.

In basketball, the number of minutes played affects the risk of ankle and knee injury. To reduce these, teams use something called “load monitoring” – playing fewer back-to-back games or pitching fewer innings – to lower the stress on specific muscles or joints.

The same is true in running. In a recent study published in The British Journal of Sports Medicine, my colleagues and I evaluated the risk factors for injury in 735 runners training for the New York City Marathon. We found that, of all the modifiable factors, like body weight or number of marathons completed, the strongest predictor of injury was rapidly increasing training miles. This was true for all levels, from novices to experienced runners.

In short, don’t do too much, too fast, whether marathon training, preparing for a walking event or just trying to meet a particular running goal. Even the age-old 10 per cent increase per week rule of marathon training may be too much for many people.

PAY ATTENTION TO ACHES AND PAINS

Even under the best circumstances, running is uncomfortable, but not all aches and pains are equally serious. How do you know when to seek medical help? I have a simple rule for athletes of all ages: If pain alters the mechanics of your movement, get it checked out. For example, if you’re a tennis player and the elbow pain during your forehand changes how you swing the racket, your easily treatable tennis elbow could be turning into a tear in the extensor tendon, a more serious injury.

The same is true with running. When shin splints are so painful that your running mechanics are altered and you’re hobbling, every foot strike could be turning the inflammation on the surface of the tibia into a far more serious tibial stress fracture.

Once your running injury is diagnosed, work with a sports medicine doctor or physical therapist to find the cause.

As runners train for longer distan-ces, whether two miles or 26.2, their backs, hips and knees become achier. I tell my patients that run-ning is a constant battle between gravity and your body.

To win this battle, build strength. The stronger your muscles, the better able you are to withstand the forces from the ground that make everything hurt. High repetition, light weight strength training has been shown to reduce joint loading forces. Stronger muscles including hip flexors, glutes, quads and hamstrings are better able to withstand the pounding on the road and allow runners to better tolerate the miles, although scientists still haven’t found the perfect training method.

One of the most important choices a runner makes is what shoes to buy.

Studies show that most runners choose their running shoes based on comfort, price and recommendations from peers, which aren’t bad places to start. Although some companies claim their shoes reduce injury-risk, studies have shown there’s no evidence that a specific type of running shoe dramatically reduces injuries.

When choosing your shoes, go to a running specialty store and try on several pairs. Put them on and walk around the store and place the most importance on what feels best on your feet. Getting the right pair might require trial-and-error, but once you find something that works, it should help make running and walking more comfortable.