The Public Works Department (JKR) has assured residents in affected areas that discoloured or murky water is safe for consumption.

“The presence of manganese in water can lead to discolouration and the release of sediments over a period of time,” said the JKR.

Affected residents are advised to flush out the piping systems by turning on individual taps, until the water runs clear. They are also recommended to boil the water first before consuming it.

According to the JKR, the issue often occurs after a period of prolonged rainfall, causing some areas in the raw water catchment area of the Tutong River to experience flooding.

This is followed by a decrease in rainfall, causing stagnant floodwater to flow into the river and the water quality to turn darker than usual, from minerals (especially manganese) and soil flowing downstream through the surface-runoff.

Manganese is found naturally on the surface of water or in the soil. This year, the manganese content in local rivers, especially the Tutong River, has soared above the Department of Environment, Parks and Recreation’s (JASTRe) standard content limits for river water.

This sharp increase is due to several factors, such as the flow of rainwater from upstream into the river, as well as development and excavation activities. 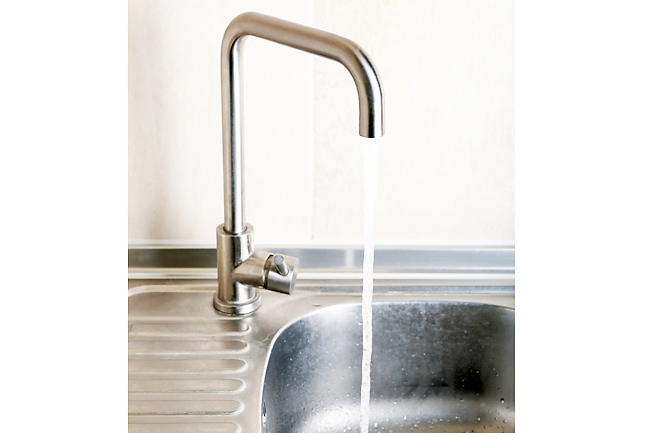 After being treated at the plant, the processed water is sent to tanks, but the high content of manganese can result in a chemical reaction during the process and cause the water to change colour.

The JKR monitors water quality levels at water treatment plants, water tanks and water samples while also introducing a temporary chemical dosing system that aims to neutralise the manganese content in raw water, along with a ventilation system to reduce its presence.

The department has also slowed down the water treatment process to allow optimal chemical mixing, carried out optimal chemical coordination to neutralise the manganese content in raw water and conducted a detailed study on the manganese content in river by identifying river pollution sites and flushing in the piping system, and collect water samples in the affected areas.

Members of the public are advised to make sure that their home tanks and water filters are always in a clean condition, through constant flushing and backwashing.

The public is also urged to contact the Darussalam line at 123, for any complaints on the water quality.

Some readers meanwhile voiced concerns over the issue. “People need access to clean water to prevent the spread of COVID-19, and the limited water supply is likely to affect the level of cleanliness,” said one reader.

Another reader said that heavy downpours on Monday were a welcoming relief, in allowing him to collect and store rainwater. “Some shops are also running out of bottled water amid the current situation, as people are stockpiling and buying these in bulk,” he added.

A shop vendor in Berakas told the Bulletin that a brand of bottled water has increased by BND1 in price, with the current demand exceeding supply.

“Our new stock arrived yesterday, after being unavailable for several days,” he said.

Meanwhile, the JKR said they are aware of the water supply disruptions over the past few days that affected some areas in Berakas ‘A’, Berakas ‘B’, Gadong ‘A’, Gadong ‘B’, Kianggeh, Kilanas, a section of Kota Batu, Lumapas, Pengkalan Batu, Sengkurong and Bandar Seri Begawan as well as surrounding areas and the highlands.

The JKR said it is currently receiving a relatively high demand for water tanker services and the delivery of tanker and clean water services can only be done in rotation.