BEIRUT (AP) — A leading rights group warned on Thursday that millions of Syrians risk losing access to lifesaving aid, including food and COVID-19 vaccines, if Russia manages to block at the United Nations (UN) Security Council the use of the last remaining cross-border corridor for UN aid into rebel-held northwestern Syria.

The onslaught is part of an apparent escalation of Syrian military operations in the rebel-held enclave. The northwest is home to nearly four million people, most of them displaced and living in shelters, dependent on UN aid.

The UN Security Council mandate for humanitarian aid deliveries from Turkey to Syria’s opposition-held region expires on July 10. Veto-wielding Russia, Damascus’ close ally, has been pressing for the closure of the last remaining aid crossing corridor into the area, insisting the Syrian government should control all assistance going into the country — even to areas outside its control.

The New York-based Human Rights Watch (HRW) said that closing Bab al-Hawa border crossing with Turkey for UN aid threatens to totally shut down humanitarian operations most of the area’s residents depend on.

In its report, HRW said UN agencies will no longer have authorisation to procure supplies or carry out or finance others’ aid work. 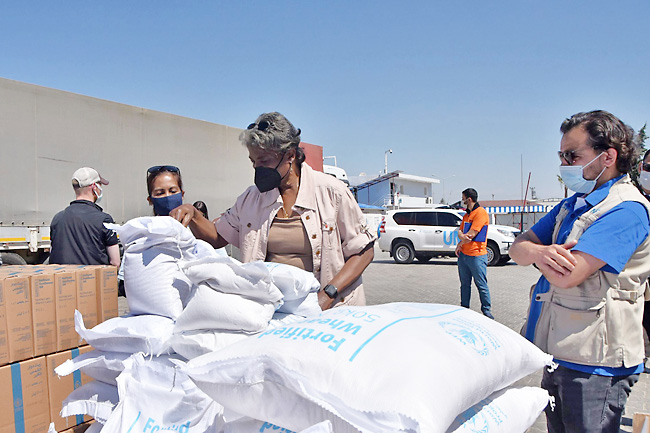