Watch out for the hornets

What should have been a fun day at the beach turned out to be a traumatic experience for me and my family.

Last Sunday, I decided to bring my wife and three kids for a picnic at Muara Beach. There were few others enjoying their stroll along the seashore and while my kids ventured out to build sandcastles, my wife and I scoured for a place nearby to sit and enjoy the view. We spotted a log and as I tried to pull off a dead branch, a swarm of hornets appeared and both of us ducked and ran from the area.

I started to feel a stinging pain on my arm which made me realise that the whole colony had trailed us and also stung other beachgoers who happened to be nearby.

I noticed my wife and I had developed several red bumps on our arms and faces resulting from the sting. There were also obvious red bumps on my seven-year-old son’s head and body while my daughter, who is almost three, developed sting marks also on her face, head and body.

People nearby told us to seek immediate medical treatment so I decided to drive to the nearest clinic, which was at the Berakas Health Centre. 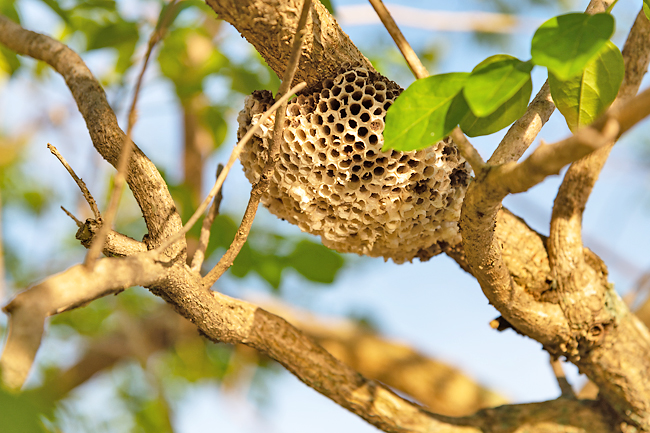 The doctors put us up for a two-hour observation and were discharged by 7.30pm.

However, my daughter started vomiting in the middle of the night and we rushed to the Emergency Unit at RIPAS Hospital.

Following doctor’s consultation, we discovered that my daughter had suffered an anaphylactic reaction, hence the difficulty in breathing. According to the attending doctor, the reaction had affected her respiratory system and she was immediately admitted to the High Dependency Unit for one day and at the ICU for two days.

She was only given the all-clear on the third day and was discharged by Thursday afternoon.

The traumatic four days has been quite an ordeal for our family and I wish no other person would go through what we had to suffer.

Public areas should always be maintained for the safety of everyone and we should not take things for granted.

We have seen news on the presence of unwelcome wildlife such as snakes and crocodiles roaming around public facilities and maybe random inspections could be conducted at these areas to safeguard everyone’s safety.