Want to save the planet? Saving whales could help

THE WASHINGTON POST – Saving whales is probably a good way to save the planet, according to a group of scientists who examined the animals’ potential to act as a carbon sink – something that helps reduce carbon in the Earth’s atmosphere by absorbing more carbon than it releases.

Many nature-based solutions to fighting climate change have focussed on the ability of trees and wetlands to capture and store atmospheric carbon dioxide (CO2). But in a paper published yesterday in the journal Trends in Ecology and Evolution, a group of biologists explores the idea that whales can influence the amount of carbon in the air and in the ocean, potentially contributing to the overall reduction of atmospheric CO2.

“Understanding the role of whales in the carbon cycle is a dynamic and emerging field that may benefit both marine conservation and climate-change strategies,” wrote the authors, led by biologist from the University of Alaska Southeast Heidi Pearson.

The ocean is by far the world’s largest carbon sink, having absorbed about 40 per cent of all CO2 emitted from the burning of fossil fuels since the Industrial Revolution. 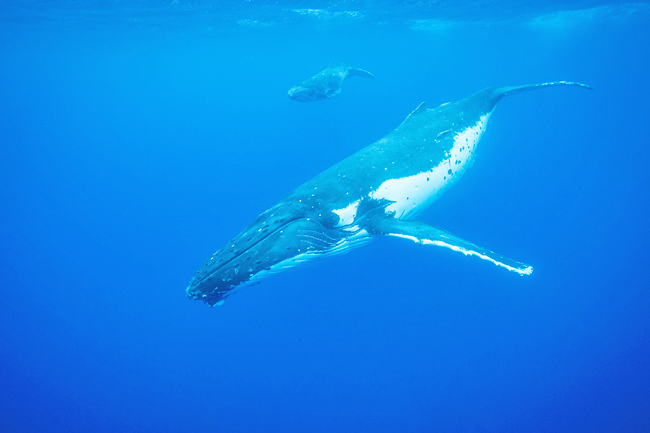 They can weigh up to 28 tonnes and live over 100 years, the researchers wrote, and their size and long lives mean they accumulate more carbon in their bodies than other small animals. When they die, they sink to the bottom of the ocean, taking carbon out of the atmosphere for centuries.

“Whales consume up to four per cent of their massive body weight in krill and photosynthetic plankton every day. For the blue whale, this equates to nearly 8,000 pounds,” the scientists wrote. “When they finish digesting their food, their excrement is rich in important nutrients that help these krill and plankton flourish, aiding in increased photosynthesis and carbon storage from the atmosphere.”

A 2019 report published by the International Monetary Fund (IMF) estimated that a great whale sequesters 33 tonnes of CO2 each year on average, while a tree absorbs only up to 48 pounds a year – a figure the report’s authors used to suggest that conservationists could be better off saving whales than planting trees.

The new paper explores how a recovery in whale populations to pre-whaling levels – between four million and five million, from slightly more than 1.3 million in 2019, according to the IMF report – could increase the animals’ ability to act as a carbon sink. (Commercial hunting, the main reason whales’ numbers have dwindled, has decreased their populations by 81 per cent, the researchers said).

Among a number of whale species, the amount of carbon that was being sequestered “jumps up by one or two orders of magnitude” with a recovery in the whale population, said co-author of the paper and a marine science professor at the University of Otago in New Zealand Stephen Wing.

The numbers are “relatively small” considering the scope of the global climate challenge, “but relative to the promises that some nations make on reducing CO2 emissions, they’re relatively large”, he added.

“We’re kind of hind casting and saying the recovery could achieve pre-whaling numbers because the system has previously sustained that number of whales,” Wing said.

Whales, along with a number of ocean animals, are vulnerable to climate change, as rising temperatures drive them into new habitats. They rank among the world’s most endangered marine mammals, including the North Atlantic right whale, only about 340 of which remain.

Whales are still being killed in startlingly high numbers, years after commercial whaling was banned, in waters brimming with ships that strike them and ropes that entangle them.

Offshore wind turbines – part of President Biden’s clean energy agenda – are also poised to encroach on their habitat as the administration tries to balance tackling global warming with protecting wildlife.

“Whale recovery has the potential for long-term self-sustained enhancement of the ocean carbon sink,” the authors wrote. “The full CO2 reduction role of great whales (and other organisms) will only be realised through robust conservation and management interventions that directly promote population increases.”

The authors were cautious on the math behind including whale carbon in any wider climate-change mitigation strategies just yet, however, as there are still many scientific unknowns.

They argued that recent studies valuing the carbon contribution of a single blue whale at USD1.4 million “are based on assumptions beyond our understanding of whale ecology and biological oceanography”.