Learning a new language comes with many advantages. It allows you to meet new people, advance your career and gain access to various forms of media in that language without having to rely on a translation.

According to the 2020 Duolingo Language Report, Japanese is one of the popular languages to learn in Brunei. If you’re thinking of learning Japanese, here are some things you should know, plus some tips from Claudia Celestine Loh, who started studying Japanese back in 2014 and is now an adjunct Japanese language lecturer at the Universiti Brunei Darussalam (UBD) Language Centre.

When learning Japanese, it can be useful to get familiar with the writing system first. Japanese has three different writing systems – hiragana, katakana and kanji.

Sometimes, a word can be written in any of the three forms. But not all the time, because there are certain rules to follow, said Loh. 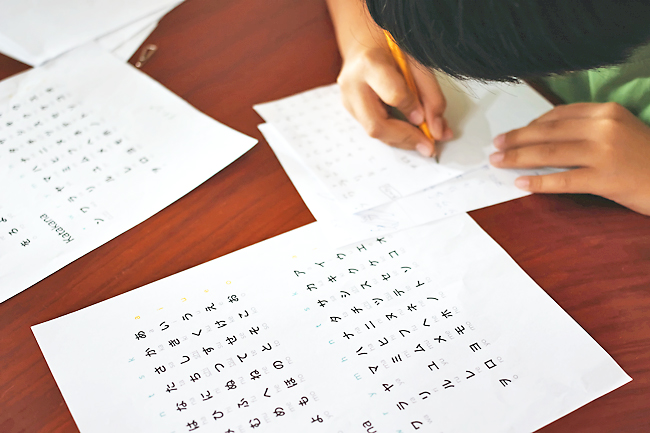 “The language itself may look intimidating because of the Chinese characters called kanji,” she said. For context, hiragana and katakana have 46 characters each. And kanji? Thousands. “Even the Japanese themselves don’t know all the kanji,” said Loh.

One upside is that learning to write kanji isn’t really necessary thanks to technology, said Claudia. You can type a word in hiragana on your phone or computer, and the kanji will pop up for you to choose.

“As long as they can recognise and read the kanji, then that’s good enough,” Loh said, adding that knowing Mandarin Chinese will also give you an additional advantage. “Not only do some kanji look the same or similar to the ones in Chinese, they may also sound similar.”

For those who aren’t familiar with Chinese characters, learning Japanese might be harder. But with enough time and effort, it will gradually become easier. Plus, there are advantages to learning kanji, she noted.

The reading part is tricky though, because one kanji can have many readings, depending on the word.

“For example, ?? is read umi and ?? is read mizu. But when they are together as ????, it is read kaisui,” she explained. While it is a bit challenging, you can guess the readings correctly sometimes.

Unlike English, Japanese is phonetically consistent, Claudia said. Because of this, a lot of Japanese words share similar pronunciation although they have different meanings.

Japanese is also considered a pitch accent language, which “uses pitch to mark certain syllables in the speech stream” according to The J_ToBI Model of Japanese Intonation paper written by JJ Venditti.

For example, Tokyo speakers pronounce bridge as ha-shi with a low ha and high shi. Chopsticks are also pronounced as ha-shi, but with a high ha and low shi. The pitch difference results in an entirely different meaning despite the similar pronunciation.

The good news for Japanese language learners is that you don’t necessarily need the perfect intonation. Most of the time, people can understand you from the context of the conversation even if your intonation isn’t right, said Loh.

“My intonation may not be perfect (outside of the classroom) but I strive to be perfect in class when I teach vocabulary to my students,” said Claudia. “I listen to the words on a pronunciation dictionary online again and again until I can say it just like a native speaker.”

She recommends watching anime to listen to how native speakers speak. “That helped me a lot. I get told by native Japanese that my pronunciation is good. I thank watching anime for that.”

Loh also recommends speaking to Japanese people, just like she did when she was studying Japanese at university. Most of her students only speak Japanese in class, which adds up to just a few hours a week.

“You can meet people online in this day and age. There are language learning apps where you can make friends with people who are native speakers of your target language.”

Now that we’ve briefly covered the Japanese writing system, pronunciation and intonation, it’s time for the next question: how long does it take to learn Japanese?

For most people, it takes years until they can understand spoken and written Japanese or have a casual conversation with native speakers. Most people give up because they don’t see immediate results.

It took her about three years to understand spoken and written Japanese. Even then, she had to use the dictionary a lot of the time. Speaking Japanese, on the other hand, required a bit more time.

“If you can believe it, (it took) five years for me to achieve some form of fluency. Even so I still struggle to find the correct word sometimes or say the wrong thing,” she said.

As for whether to self-study or get a tutor, she said it depends on the person.

For her, it’s important to get a solid grasp on the basics right from the start before moving on to the more advanced materials. So if it was her, she’d start with a teacher first then she’d study on her own.

“A lot of people find the starting step the hardest. But once they get started then they can move on their own.”

After that, you just keep going.