THE WASHINGTON POST – The Irish actor Gabriel Byrne has had a rich and varied career.

He’s made more than 70 films and shared the screen with the likes of Richard Burton and Vanessa Redgrave. He’s won a Golden Globe (for his role in HBO’s In Treatment), been nominated for three Tony Awards and has played unforgettable characters.

Given all this, you might expect Byrne’s memoir Walking with Ghosts to recount the triumphs and travails of a successful actor, to deliver the inside scoop on fame and good fortune – to be, in other words, another celebrity biography filled with gossip and saucy stories. You would be disappointed.

Walking with Ghosts is much better than that. Byrne, who turned 70 last year, has written something more introspective and literary: an elegiac memoir that explores the interior life of a Dublin boy who finds himself almost accidentally – and incidentally – famous. It’s a story about Ireland and exile and carrying the ghosts of family and home through time.

The book begins on a hill above his neighbourhood, a favourite place from childhood, and though the place has changed, the memories remain vivid. Walking with Ghosts – Byrne’s second memoir, following Pictures in My Head (1994) – dazzles with unflinching honesty, as it celebrates the exuberance of being alive to the world despite living through pain. His portrait of an artiste as a young boy is steeped in nostalgia of the best sort, re-creating the pull of home. Byrne considers the costs to his authentic self of a lifetime of wearing the actor’s mask. “We all act all the time,” he wrote. “Life makes us necessary deceivers. Except maybe when we are alone.”

In the end, the ghosts return. And in the final pages of the book, he carries the ghosts of his parents, stuck in time, not fully appreciated until it was too late.

His mother, long dead, sitting in the corner of his Broadway dressing room, her “ghost never far from the action”. With this tender book – full of warm and often funny stories – Byrne shows us the depth of his true character. 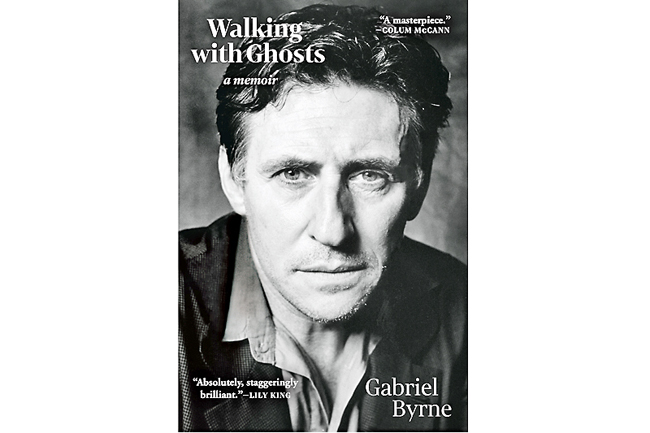