Brunei remains strongly committed in the fight against Trafficking in Persons (TIP) by constantly tightening the net and strengthening law enforcement mechanisms to nab and deter perpetrators while identifying and supporting victims through a whole-of-government approach.

In a recent interview with the Bulletin, Permanent Secretary (Security, Enforcement and Law) at the Prime Minister’s Office (PMO) and Chairman of the National Committee on TIP Lieutenant Colonel (Rtd) Pengiran Haji Muhamad Sazali bin Pengiran Haji Yakob said that apart from efforts from inter-government agencies, the public also has a role to play in helping to identify and report cases of TIP, which Brunei considers as a major crime.

“In the future, there will be an opportunity for the public to play a bigger role, particularly in providing support services to victims of TIP,” he said.

Last January, the National Committee on TIP at the PMO was established to address TIP issues through a whole-of-government approach, which the permanent secretary said is a culmination of Brunei’s long-standing efforts against TIP. This includes the establishment of a dedicated Human Trafficking Unit (HTU) under the Royal Brunei Police Force (RBPF) in 2011.

Throughout the years, he said, enforcement agencies have learned that no single agency can solve TIP cases in isolation, which led the formation of an inter-agency team under the National Committee, comprising HTU under the RBPF, Royal Customs and Excise Department, Immigration and National Registration Department, Labour Department and the Attorney General’s Chambers (AGC). 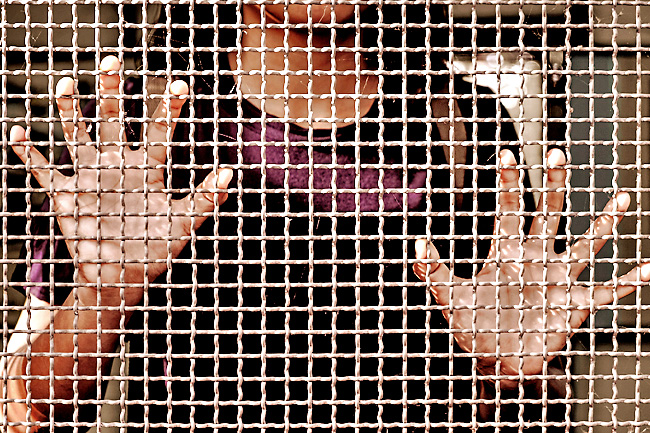 “This team takes a proactive approach in screening all cases that may potentially have elements of TIP. The team will thoroughly investigate all cases of possible exploitation of foreign nationals for prosecution,” he said.

He underlined the duty of the enforcement agencies under the national committee to bring TIP cases to prosecution, as Brunei views TIP as a major crime that profits from the exploitation and enslavement of vulnerable people.

“We hope that our efforts will deter potential offenders from even considering committing a TIP offence in Brunei,” he said.

Victims of TIP are also given as much support as possible, according to the permanent secretary, by aspiring to meet or even exceed international best practices in the handling of victims. He touched on the preparations of a dedicated shelter for TIP victims, which he hopes to be ready for occupation by June 2021, adding that Brunei has established a fund not only for victim support, but also for initiatives to eradicate TIP and to spread public awareness on the crime.

In ensuring that laws in place prosecute the culprits behind the crime to the full extent of the law, the Anti-Trafficking in Persons Order 2019 was introduced in July 2019 as a separate piece of legislation to address TIP cases exclusively. Prior to 2019, the legislation to handle TIP cases was combined with People Smuggling: Trafficking and Smuggling of Persons Order 2004.

“This new legislation highlights the importance that Brunei attaches to TIP issues. The current law provides for stiff penalties for TIP offences, where offenders can face a maximum sentence of 30 years’ imprisonment and a fine of up to BND1,000,000,” the permanent secretary said.

Last year, Brunei was one of the countries ratifying the ASEAN Convention Against TIP, which demonstrates Brunei’s commitment to upholding ASEAN’s position against TIP, with the country’s laws conforming to the standards set in the convention.

The permanent secretary said the ratification of this convention, as well as the United Nations Protocol to Prevent, Suppress and Punish Trafficking in Persons, Especially Women and Children (UN TIP Protocol), is in line with the national philosophy.

“We do not condone the exploitation of persons in any form or means. Our values and upbringing have taught us about the importance of protecting vulnerable people. Hence, the ratification of ACTIP and the UN TIP Protocol results in amendments to our laws that complement our way of life,” he said.

Commenting on the United States (US) State Department’s latest TIP Report for Brunei in 2020 which placed Brunei in Tier 2 Watch List in the second year running, the permanent secretary said while it is unfortunate given the efforts particularly in Brunei’s ratification of the UN TIP Protocol and the ASEAN Convention on TIP, useful recommendations have been made by the US to upgrade and develop Brunei’s approach to TIP, which he said the authorities are grateful for.

The report prioritised recommendations such as increasing efforts to investigate, prosecute, convict, and punish both sex and labour traffickers and complicit government officials with strong penalties.

Other recommendations include widely disseminating standard operating procedures for victim identification and training all frontline police, immigration, and labour officials on the procedures; finalise, approve, and implement the national action plan; increase protective services to provide incentives for victims to participate in investigations and prosecutions, including providing shelter to adult male victims, allowing adult victims in government shelters to move freely, allowing at-will communication with people outside shelter facilities; and issuing work permits to all victims and ensure migrant worker contracts and information on their rights and obligations under Brunei law are available in migrant workers’ primary language and that workers can retain a copy.

He said many of these recommendations are already aligned with the initiatives that they have identified in the National Plan of Action Against TIP. Nevertheless, the committee looks at these recommendations as opportunities for improvement that will allow them to strengthen the prosecution of offenders and protect TIP victims.

Shedding light on the National Plan of Action endorsed for implementation in September 2020, he said it comprises four key strategies: ensuring the timely and effective protection of TIP victims; raising public awareness to prevent and combat TIP; strengthen partnerships and inter-agency coordination; and effective investigation and prosecution of TIP offences.

One of the priority areas, the permanent secretary said, is currently the identification and prosecution of TIP cases.

“Our enforcement agencies have stepped up their efforts to identify cases that might contain elements of TIP. For example, the HTU under the RBPF has increased the number of screenings done for potential TIP cases by 40 per cent last year, when compared to 2019,” he said.

There were 90 screenings in 2019 and 132 screenings in January-October 2020 and none of these cases amounted to a TIP offence. “However, in spite of this, our agencies will remain vigilant and watchful for any possible TIP cases. With these measures in place, we would have fulfilled all of the US TIP Report recommendations and we are hopeful that the upcoming assessment will view our efforts favourably,” he said.

He also stressed that the care and protection of TIP victims are key components of the National Standard Operating Procedure (NASOP) for handling TIP cases, which was updated on January 16.

The NASOP ensures that victims are allowed to move freely, giving victims protection when their safety is threatened, allowing victims to find employment, and if victims have no means of living, to provide them with basic needs and medical services.

Under the NASOP, the Community Development Department (JAPEM) will take the lead in providing the necessary care for TIP victims.

Most of the measures, he said, ensure the rights of victims which have already been enshrined in our laws, adding that measures are also put in place in the NASOP to train the enforcement and welfare officers involved.

To ensure that the public is well aware of TIP cases, the permanent secretary also shared that a special task force has been established under the National Committee to oversee public awareness efforts to address TIP.

He said the task force is rolling out an awareness programme that is targetted for employers, with a focus on ethical employment practices for the prevention of TIP; foreign workers, with a focus on their rights as employees and measures to protect them from becoming victims of TIP; and the general public, to educate them on the indicators of TIP and the steps to take if they discover suspected cases of TIP.