BERLIN (AFP) – The eurozone will experience “very strong” growth in wages in the next months as salaries catch up with galloping inflation, the European Central Bank (ECB) predicted yesterday.

“Wage growth over the next few quarters is expected to be very strong compared with historical patterns,” the ECB wrote in its monthly bulletin. The authors forecasted “some catch-up between wages and high rates of inflation” experienced since 2021, in the wake of the COVID-19 pandemic.

“Robust labour markets” alongside “increases in national minimum wages” and “trade unions demand(ing) higher wage increases” are also set to place upward pressure on wages. In December, inflation in the eurozone dipped under the symbolic figure of 10 per cent, after 18 months of uninterrupted increase.

However, the report explained that “real wages are substantially lower than before the pandemic” in 2019 because inflation has eroded consumption power, with the annual wage growth rate for the second quarter of 2022 in the eurozone at -5.2 per cent.

The services sector, which is experiencing “serious labour shortages” has bucked this trend, with pay “above their pre-pandemic levels”.

Trade unions are expected to push for salary increases “especially in sectors with lower wages”. In Germany, the Verdi trade union has demanded a 15 per cent increase in wages for the approximately 160,000 employees of the mail giant Deutsche Post, and 10.5 per cent for the 2.5 million federal, state and municipal employees.

The healthy job market looks set to guide further wage increases, despite a likely slowdown in economic growth. In December, the ECB predicted wages would rise by 5.2 per cent in 2023 after having already grown 4.5 per cent in 2022. 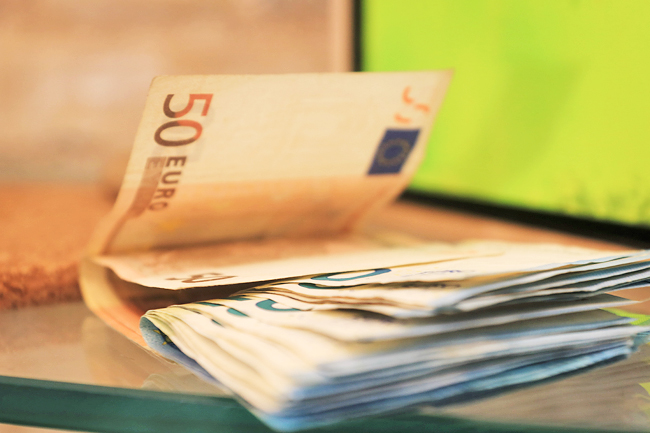