THE WASHINGTON POST – “One foot back in the past, one foot into the future.” That’s how the critic W Royal Stokes describes the way he hears jazz after living 90 years on this dizzy planet – and it makes for a pretty good description of how we experience life, too. It’s a continuity, a perpetual improvisation, a negotiation between what we know and what we don’t, a story that moves in ways we can’t predict.

No one could have predicted Stokes’ zigzag jazz life, including him. Born in Washington, DC in 1930, he was a teen obsessed with boogie-woogie records; then a student turned professor of Greek and Latin languages and literature and ancient history; then a turned-on-tuned-in-dropped-out hippie roadtripper; then a volunteer radio DJ; then a voracious music scribe who published his first jazz review at age 42; then a freelance jazz critic for The Washington Post and, later, an editor at JazzTimes magazine.

His latest book, The Essential W Royal Stokes Jazz, Blues and Beyond Reader, compiles his life’s work as a critic, and it overflows with concert reviews documenting DC’s eternally busy jazz scene, as well as heaps of interviews with the players, many of whom Stokes encouraged to reminisce as far back into their lives as possible.

You can’t begin to understand a musician “unless you know how they came up”, Stokes said over the phone from Elkins, where he has lived since 2017. “Mary Lou Williams said when she was the age of three, she was already reaching up, trying to pick things out on the piano keys when she couldn’t yet reach the keyboard.”

As for Stokes, his fascination with jazz began with childhood dives into his big brother’s record collection – and it was confirmed a few weeks before his 18th birthday on a trip into the nightlife to see Louis Armstrong’s All-Stars. But as ecstatic as that night felt to him, Stokes didn’t see a future for himself in that world. He remembers a family ride in his parent’s station wagon roughly a year later, in the fall of 1949. The topic of conversation: Royal’s career plans. His brother suggested he become a jazz historian. He was touched, but his parents scoffed. 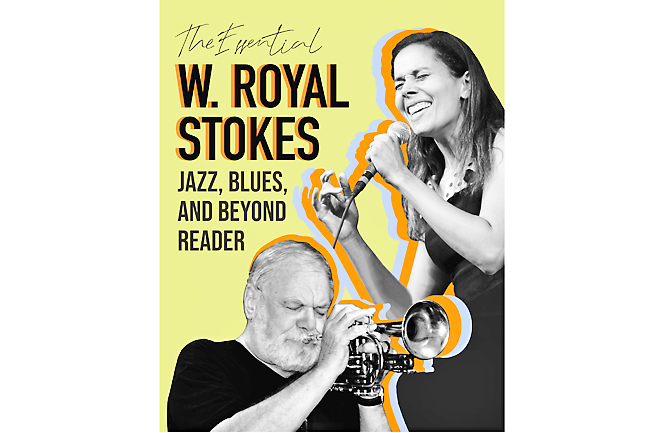 Stokes served in the Army in the early 1950s, during the Korean War (he spent it all in artillery training and never left the United States (US), then returned to academia, eventually earning his PhD from Yale in 1965 and teaching at a handful of universities. Then, in 1969, he decided to leave his post at the University of Colorado and hit the road. “I think I was restless,” Stokes said. “I wanted something more connected with the current world.”

He and his future wife, Erika Hartmann, drove a Corvair Greenbrier van from Colorado to Texas to New England, finally landing in DC in 1970, where Stokes got a job washing dishes at a vegetarian restaurant in Georgetown.

Off the clock, he spun jazz records at Georgetown University’s WGTB and began writing about the music for a local newsletter, Tailgate Ramblings, which published his first jazz writing in 1972. Stokes approached The Washington Post in 1978, and before long, he was phoning in concert reviews from various area jazz venues for publication in the next morning’s newspaper.

He suddenly had a lot in common with the improvisers he was out covering. “The majority of those reviews were written sitting in my car for an hour deciphering the notes that I had taken at the One Step Down or the Kennedy Center,” Stokes said. “When you know you have to make a phone call at midnight, the intellectual adrenaline comes to the fore.”

Even when it was composed in the heat of the moment, Stokes’ jazz writing always looks forward and backward at once. In the Reader, there’s a 1979 Post review of the Art Ensemble of Chicago performing on a Thursday night in which Stokes describes the group’s intense exploration of West African rhythm as “a paean to the past and window to the future”. In another Reader piece from 1983, he opens a short Post profile of Don Cherry, one of the more pathfinding jazz thinkers of the time, by noting Cherry’s affinity for his forebears Louis Armstrong and Bix Beiderbecke.

That approach became something of a philosophy for Stokes. “In my reading and my research of the classics, I always had the sense that the tradition was so important. No Greek or Latin poet could escape the influence of Homer, for instance.” he said. “I look at jazz in the same way: a continuum.”

If the past is to remain vital to the future of jazz, it’s important to document the present accurately – which might be why Stokes became a champion of female instrumentalists in jazz after attending the Kansas City Women’s Jazz Festival in 1978. His Reader includes pithy profiles of pianist Shirley Horn, saxophonist Jane Ira Bloom, pianist Dorothy Donegan, saxophonist Deanna Bogart, trombonist Melba Liston and many others – most of which find Stokes thoughtfully stepping out of the frame, allowing these undervalued artists to speak for themselves.

His advocacy helped Stokes earn a lifetime achievement award from the Jazz Journalists Association in 2014, and the prize itself, a glass obelisk, currently sits on a shelf in his home near his other books, including four additional jazz tomes and a trilogy of novels. Stokes said he’s working on another book, too: “an epistolary memoir”, he said.

Here’s a more difficult question: Having committed decades of his life to bringing people closer to this marginalised music, what’s kept him interested in jazz? There’s a long pause. “It has so much soul,” he said. Then, an even longer pause. “And it swings.” These little silences feel cavernous, almost musical. The harder Stokes tries to describe what jazz is, the more it seems like he’s trying to describe what life is. “And I don’t know what to say
beyond that.”