NAIROBI (AFP) – Kenyan banks are running out of small banknotes because politicians are bribing people to try to win their support for next month’s election, a government minister charged recently.

Politicians have been handing out small amounts of cash or other freebies to people who turn up to their campaign rallies ahead of the August 9 vote in a country where corruption is endemic.

“You have seen people who are carrying money in bags, lining up citizens, giving them 200 bob (about USD1.70),” Interior Minister Fred Matiang’i said, using a slang term for the Kenyan shilling (KES).

“You have a shortage of KES200 notes in the banks and KES100 notes in your banks because politicians are bribing villagers,” he told reporters at a briefing about money laundering and terrorism.

“People are not working. They are standing on the roadside just to get KES200 from all these money launderers.”

The bribes are however an electoral offence punishable by a fine of up to KES2 million (USD17,000) and/or a six-year jail term.

Kenyans will next month elect not only a new president but also hundreds of members of parliament and about 1,500 county officials.

Matiang’i accused the politicians of “laundering themselves” into elected institutions.

Kenya was ranked 128th out of 180 countries on Transparency International’s 2021 graft perceptions index, with the watchdog saying its fight against corruption had “stagnated”. 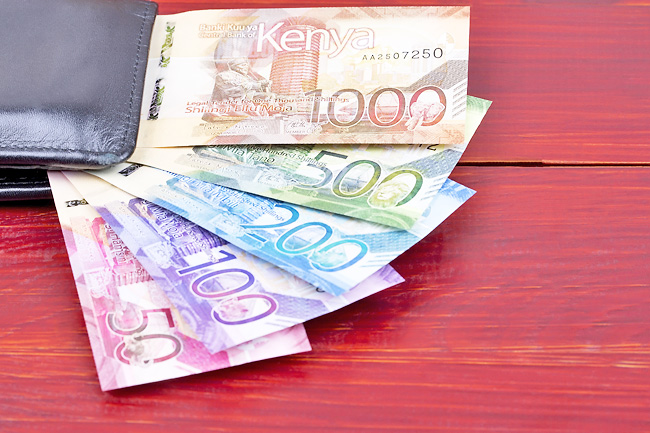