The Youth Transformation Community Club (KKBT) of the Youth Centre organised a road signage cleaning campaign as part of the Day of Action 2020 (DOA 2020) and in conjunction with International Volunteer Day (IVD).

After a safety briefing, the volunteers were split into groups and deployed to seven checkpoints along Jalan Kota Batu to Jalan Muzium Teknologi Melayu.

The campaign aimed to instil in volunteers a sense of responsibility in maintaining public amenities, foster the teamwork spirit and beautify our roads. Meanwhile, in marking IVD, several groups banded together for a cleaning campaign in Seria organised by the Institute of Brunei Technical Education (IBTE) Sultan Bolkiah Campus (SBC). The campaign was held across two locations – the surrounding of the STKRJ Lorong Tiga Selatan barracks and the An-Naim Cemetery at Anduki.

IBTE School of Energy and Engineering Satellite Acting Head Hajah Siti Hazizah binti Haji Masri said the campaign sought to encourage volunteerism not only on IVD, but in daily lives.

She hoped the campaign will continue as an annual tradition for the campus to work closely with agencies not only to help build a stable and fruitful relationship with the community, but also to encourage the students and staff to find avenues to give back to the community.

The first group cleared discards and blocked drains at the barracks, with aid from the MPK under Mukim Seria and BSP Fire and Emergency Response Services, while the second group at the An-Naim Cemetery spruced up the area and installed wired fences to maintain the safety of visitors.

Additionally, the Museums Department and the MPK Labu Estate conducted a cleaning campaign at the Labu Estate Rubber Plantation recently.

The Labu Estate Rubber Plantation was the first and last commercial plantation in Brunei Darussalam. 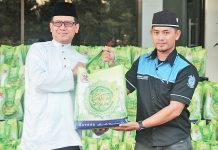 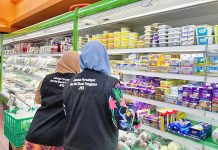 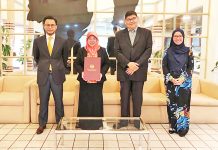