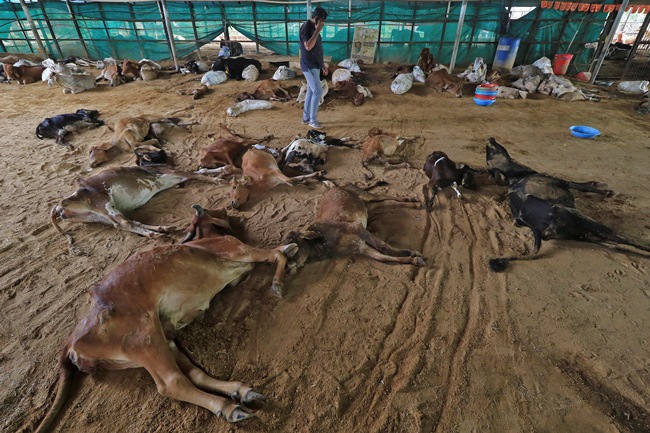 NEW DELHI (AP) – A viral disease has killed nearly 100,000 cows and buffaloes in India and sickened over two million more.

The outbreak has triggered devastating income losses for cattle farmers since the disease not only results in deaths but can also lead to decreased milk production, emaciated animals, and birth issues.

The disease, called lumpy skin disease, is spread by insects that drink blood like mosquitoes and ticks. Infected animals get fevers and develop lumps on their skin.

Farmers have experienced severe losses from extreme weather events over the past year: a record-shattering heat wave in India reduced wheat yields in April, insufficient rainfall in eastern states like Jharkhand state shrivelled parched winter crops such as pulses, and an unusually intense September rainfall has damaged rice in the north.