I would like to applaud the authorities for their swift action in netting the perpetrators behind the armed robbery at a goldsmith shop last week. When I first came across the video that captured the crime in progress on social media, I’m sure I wasn’t alone in thinking: “Is Brunei no longer safe?” So when I saw in yesterday’s news that the people behind the heinous crime had been brought to justice, I was relieved.

However, I can’t help but wonder what possessed a few 30-something locals to go to such a drastic measure to make a quick buck. If the viral video was anything to go by, they appeared young and capable. So what went wrong?

Leafing through a few dozens of volumes of the Bulletin, there are tell-tale signs that the COVID-19 pandemic has done a number on our economy. For one, there have been a lot of petty crimes involving unemployed locals. Most of them have been opportunistic at best; with some more premeditated, such as bribery and most recently, armed robbery.

Unemployment alone doesn’t drive people to crime. When paired with uncertainty over the future, it leaves a person with either mental anguish or a desperate need to rectify the situation. It is unfortunate that quite a number of jobless locals see crimes – petty or heinous – as a way out of their seemingly perpetual dilemma.

It can be said that a large number of petty thefts has been driven by a drug addiction. But often, addiction has its root in a deep-seated need to escape the real world. Be it retail therapy or reckless driving, we all indulge in destructive behaviours in times of stress. I believe that as a society, it is vital that we work on being more empathetic towards people struggling with life. The silver lining is: The authorities seem aware of the issues plaguing the unemployed and are working to upskill individuals who had somehow fallen through the cracks. However, these are challenging times. On top of the pandemic that has wreaked havoc on the world economy, we are heading towards the Fourth Industrial Revolution – if we’re not already in the midst of it. As much as we would like to believe that the younger generation is well-versed in the latest technologies, it is not entirely true.

It is understandable to look at the well-educated and say, “Ah, these are the younger generation”, for they are the most visible. But they don’t represent the whole generation.

They will always be a portion that is less studious and more suited to tasks that are physically demanding. It’s good to see that efforts have been made by the authorities to keep them relevant in today’s world.

But the question remains: Once certified, how many will go on to secure employment?
I like a happily-ever-after story as much as the next person. Providing training for the youth only works if the people who take the training understand and appreciate the opportunity given to them.

A friend of mine in recruitment once ranted about dealing with entitled job seekers. They would show up to an interview expecting a good paying job to land on their lap. They have no understanding of the concept of “prove your worth”. Some even go as far as to bring along their parents to speak on their behalf.

Of course, not all job seekers are like the ones my friend often complains about. However, it has to be said that for as long as these unemployed individuals continue to dream about getting a cushy job on the back of zero work experience and soft skills, it would cause a strain on the economy, because we need a strong workforce to tackle challenges as a result of COVID-19 and globalisation.

It is a monumental task to address issues such as crimes, youth unemployment, entitlement and drug addiction; it requires an array of specialised knowledge and skills. It’s clear that authorities have been working hard to break down the age-old silos that had prevented them from coming up with cohesive policies. With the whole-of-nation approach being the strategy du jour, I hope that we’re finally heading in the right direction. 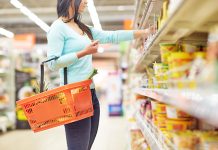 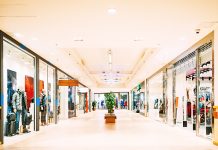