Haji Nor Sumanty bin Haji Puasa, 47, was selected to be the new village head of Kampong Kupang in a recent election. One hundred and twenty out of 143 registered voters attended, with Haji Nor Sumanty winning 119 votes as the sole candidate.

The result will be forwarded to the Board of Appointment, Discipline and Procedures for Mukim Penghulu and Village Head at the Ministry of Home Affairs for the next step in the
selection process.

Before voting began, a recitation of Surah Al-Fatihah was held, led by Kampong Kupang Mosque Head Imam Syafiq bin Haji Mohd Sofian. It was followed by a speech by Acting Tutong District Officer, Ajmin bin Haji Meludin who said the process provides an opportunity for villagers to elect leaders of their choice.

This is the second village head election to take place in Tutong District this year, with the first in Kampung Danau in February. Also present was Legislative Council member Yang Berhormat Haji Abdul Wahab bin Apong.

Meanwhile, the Tutong District Office called on residents of Kampong Rambai, Mukim Rambai who are citizen and permanent residents of Brunei Darussalam to register and vote in the upcoming elections for the Kampong Rambai head. The process will take place at the Rambai Primary School on March 26 from 8am to 11am.

Voters must be 18 years and above and are required to bring along their Identification Card.

The only candidate that has been nominated for the position is Md Dahalan bin Kaslan. 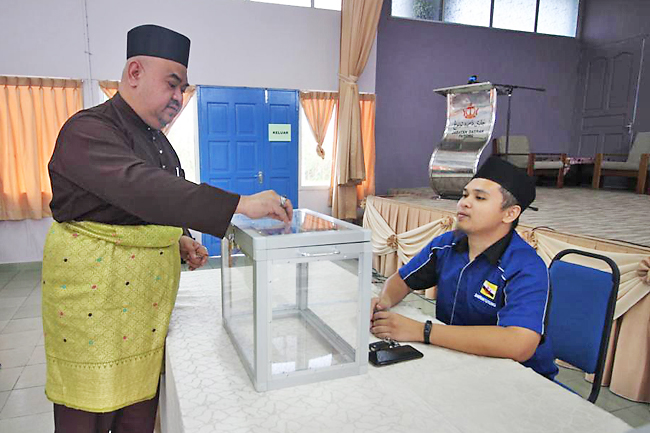