Vietnam set to export 7M tonnes of rice this year

VIETNAM NEWS – Vietnam, the world’s second-largest exporter of rice, is on track to export seven million tonnes this year after India banned exports of broken rice and imposed a 20-per-cent duty on exports of various grades of rice in early September as the world’s biggest exporter of the grain tried to boost supply and calm domestic price after below-average monsoon rainfall hindered planting.

The price of Vietnamese rice has increased by USD30 compared to before the ban to fetch USD408-428 per tonne.

Another contributor was improved rice quality as local governments, along with farmers and cooperatives, continued to push for smaller production with higher quality and less frequent use of fertilisers and insecticides.

Nguyen Anh Tuan, CEO of Green Stars JSC, a Vietnamese rice trader based in HCM City, said farmers had reported a 10-15 per cent decrease in cost since with an increase of 8-10 per cent in profit on average.

He said, however, the new approach has not been moving evenly in all localities as traditional cultivation methods still prevailed. 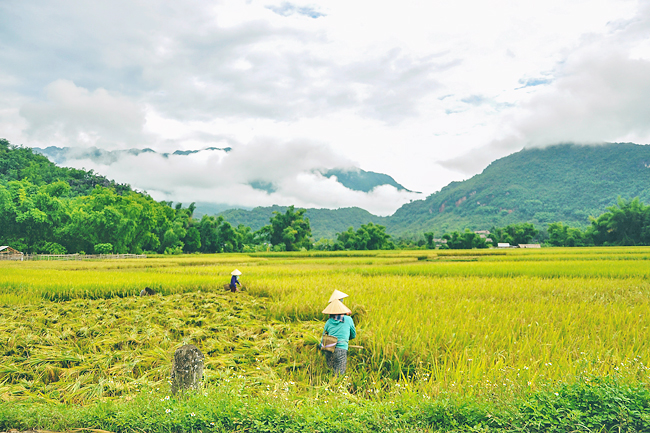 “It’s very important for farmers and exporters to work together in producing high-quality rice with minimum use of insecticide for export,” he said.

“Farmers need to know their new products will have buyers before they can make the transition.”

The market remained susceptible to small intermediaries’ influence without a direct channel and there have been incidents in which intermediaries offered to purchase a small quantity of rice but at significantly higher than the market price, creating complications in establishing a price that could be accepted between exporters and farmers.