SUZUKA, JAPAN (AP) – Ferrari’s Charles Leclerc knows it. So does anyone following Formula One; no calculators needed.

Red Bulls’ Max Verstappen (AP pic below) is set to win his second straight drivers’ title, and it’s likely to come on Sunday with rain predicted for the Japanese Grand Prix at Suzuka.

Yesterday’s two practice sessions were run in steady drizzle, although today’s qualifying is expected to be dry on the classic figure-eight circuit in central Japan.

“I think realistically Max is going to be a champion, if it’s not this weekend it’s going to be very, very soon,” said Leclerc, who trails Verstappen by 104 points with five races to go – including Suzuka. Red Bull teammate Sergio Perez is 106 behind.

If Verstappen wins tomorrow, and also picks up the bonus point for the fastest lap, that would give him 26 points (25 for the win, one for the quickest lap) and he’s the champion.

He could also win the season title with a lesser result, depending on how others finish.

If not, it’s sure to be settled in two weeks at the United States Grand Prix in Austin, Texas.

“It would be very nice if it happens here but if it doesn’t happen here – I will be even more in favor the next race,” Verstappen said, sounding unmoved by the speculation.

“To be honest, I’m not really thinking about it too much.” 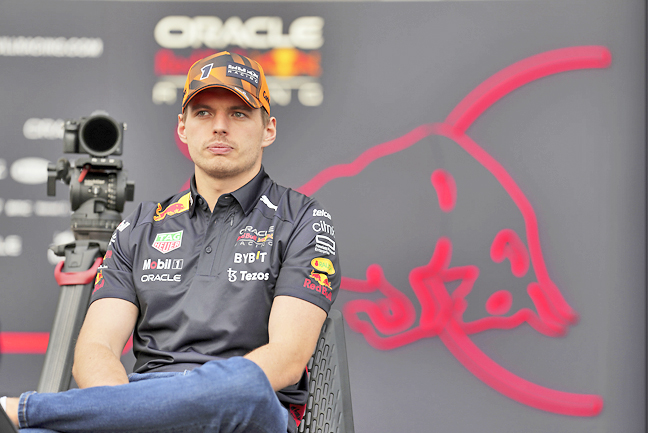