Just a week after his crushing win at the French Grand Prix, where Leclerc crashed out of the lead, the 24-year-old Dutchman scored his first win at the Hungaroring, his eighth this year.

Starting from 10th on the grid, he sliced through the field to finish 7.8 seconds ahead of Mercedes’ seven-time world champion Lewis Hamilton and George Russell.

“When we woke up this morning who would have thought we would win this race?” said the Dutchman.

With Russell on pole and Ferrari’s Carlos Sainz and Leclerc second and third on the grid, pre-race forecasts made the Italian team favourites to control and win with some ease as the Red Bulls were 10th and 11th.

But a combination of poor tyre management and slow pit-stops saw them finish fifth and sixth, behind Sergio Perez in the second Red Bull, who started 11th, after looking likely winners.

“I was hoping I could get close to a podium, but it was very tricky out there,” said Verstappen.

“But we had a really good strategy, we were really reactive, always pitting at the right time.”

Hamilton, who started seventh was seeking to increase his record haul of eight Hungarian wins, registered his fifth consecutive podium and a successive second position.

“I was definitely struggling at the beginning, but bit by bit I got more comfortable with the balance,” he said.

“I want to acknowledge my team. We’ve had a tough year and for both cars to be on the podium is amazing.” 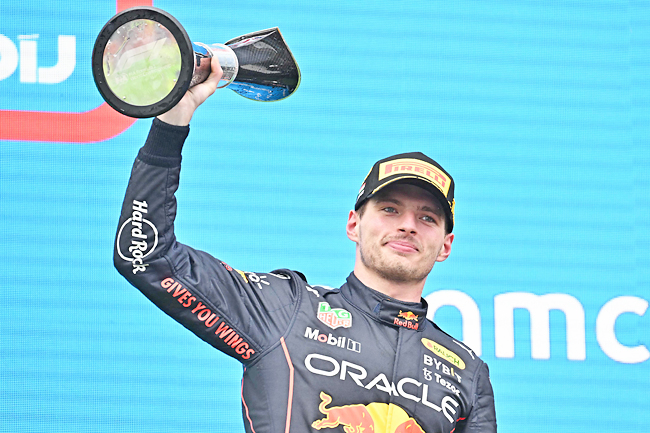