CAIRO (XINHUA) – Seats were all occupied at the main hall of Cairo Opera House as opera lovers watched Italian composer Giuseppe Verdi’s masterpiece Rigoletto, which was staged in Cairo again after more than 150 years.

Based on the 1832 play Le roi s’amuse (The King Has Fun) by French dramatist Victor Hugo, Rigoletto was first staged in Egypt in 1869 to mark the country’s celebration of the opening of the Suez Canal.

Artistic Director of Cairo Opera Company Iman Moustafa said that the successful performance was the result of months of preparation.

“We always try to innovate and improve ourselves. We’ve been working on the set designs for months. The soloists have also been training for months and each singer trained three hours a day, five days a week at least,” the artistic supervisor told Xinhua. 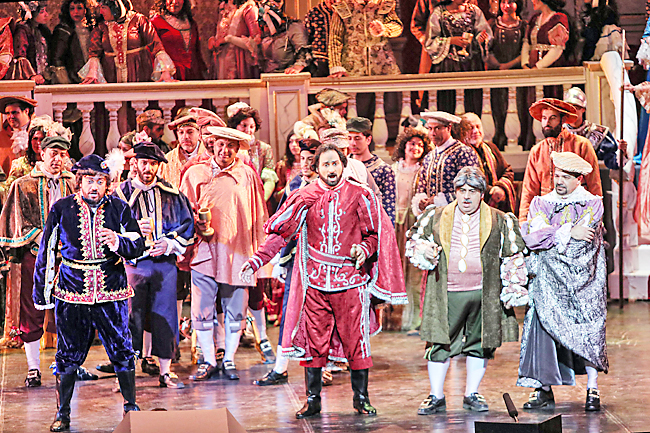 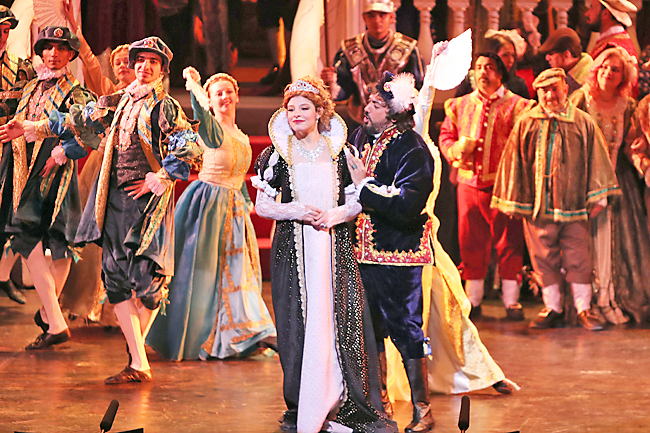 “I came every day during training to check on the harmony of costumes, the lighting, the singing techniques and every detail. We exerted a lot of effort to present it this way and attract many audiences, including young people,” she added.

Tackling the themes of love, betrayal, oppression and curse, the opera tells a tragic story of the licentious Duke of Mantua, his hunchbacked court jester Rigoletto and Rigoletto’s daughter Gilda.

The Duke and Rigoletto are cursed by a courtier, Count Monterone, whose daughter has been seduced by the Duke with Rigoletto’s encouragement. The curse is realised when Gilda falls in love with the Duke and sacrifices her life to save him from the assassin hired by her father, Rigoletto.

“Rigoletto is one of the most difficult operas in terms of baritone voice type performance.

Verdi always focussed on the tenor and soprano types for the protagonists, but in Rigoletto, I believe the baritone plays the biggest role compared to other Verdi’s operas,” Moustafa Mohamed, the baritone who plays Rigoletto, told Xinhua.

“The opera art has its own audience but it needs to get more media spotlight,” he added.

The audience was fascinated by the show, including the acting, the singing, the set, the lighting and the plot. “I always come here to watch ballet and opera shows. I love operas because of the charming music and the relaxing atmosphere. It is very elegant,” said Nanis Zaki, an Egyptian young woman who watched the performance.

Among the audience was a group of Canadian friends working as teachers in Egypt.

“This is my first opera to watch in Egypt. It’s professional and the performances are amazing. I was actually surprised by the set,” one of the Canadians, Javan Johnson said.