Some 24 lucky draw winners were named for the Ministry of Health (MoH) and Progresif Sdn Bhd’s campaign to boost the COVID-19 vaccination.

The campaign, comprising two lucky draws for February and April, was aimed at getting the booster shots up to 70 per cent of Brunei population and encourage children aged five to 11 to get vaccinated.

Progresif CEO Hajah Nurul Haniah binti Haji Jaafar in her speech thanked MoH frontliners for their dedication and service to mitigate the spread of COVID-19 and help the Sultanate in the recovery phase.

Deputy Permanent Secretary (Professional) at the MoH Dr Ang Swee Hui, the guest of honour, presented the grand prizes of the campaign. 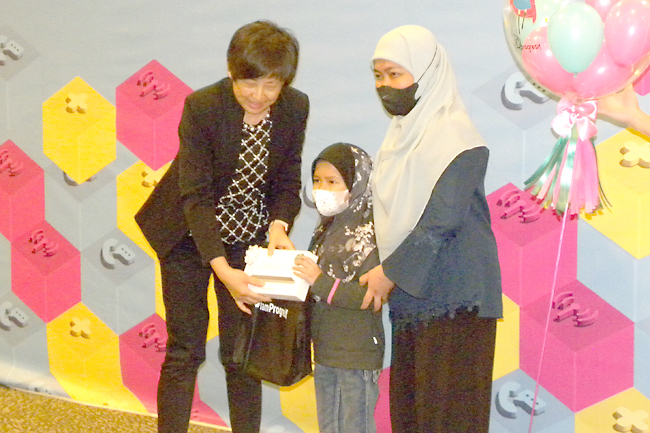 The winners were drawn from 315,485 people who took the booster shot across the country.

The winners were drawn from among 36,381 children aged five to 11 who were administered the vaccine.