VOGUE – At Louis Vuitton runway, the person on my right saw superheroines. The one on my left saw the Amazons of Greek mythology, female warriors who matched men in strength and agility. Nicolas Ghesquière himself used the word goddesses.

Has he ever been as audacious? If so, it’s been recently, in his two post-pandemic Paris shows. Together with today’s in Southern California, they form a sort of trilogy, starting in the 19th Century, making a pitstop in the 90’s of his own post-adolescence, and zooming off into a utopian future. At all three Ghesquière has set out to break down dress codes and build-up complex silhouettes we haven’t seen before.

The show began and ended with a bang. The opening dresses, one more voluminous than the next, were cut from robust jacquards (he compared them to molten lava) that looked like they really could’ve repelled enemy fire. The effect was almost stately, but for the soft-soled sneakers they padded out on. At the finish came a trio of jackets with enormous sculpted collars as shiny as armor perched above tinsel sleeves. These were extraordinary: imaginative and otherworldy. Ghesquière was firing on all creative cylinders here, creating a positive feedback loop. You left wanting to be one of his Amazon superheroine goddesses. 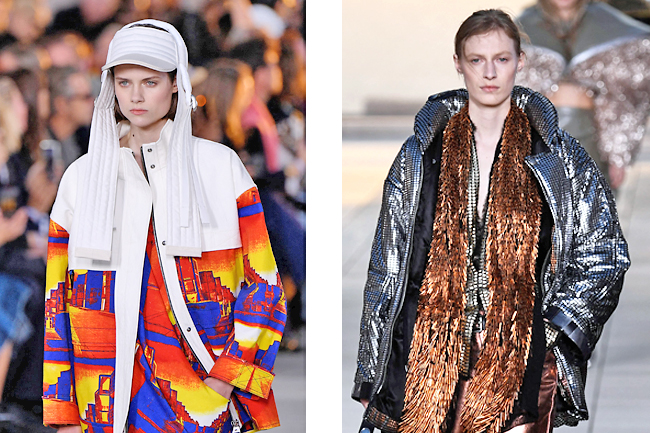 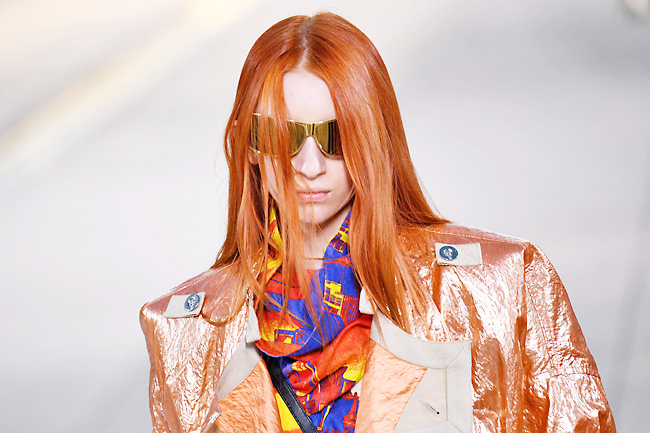 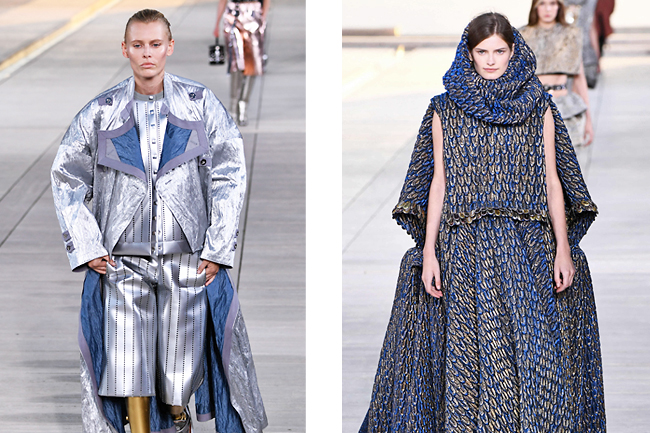 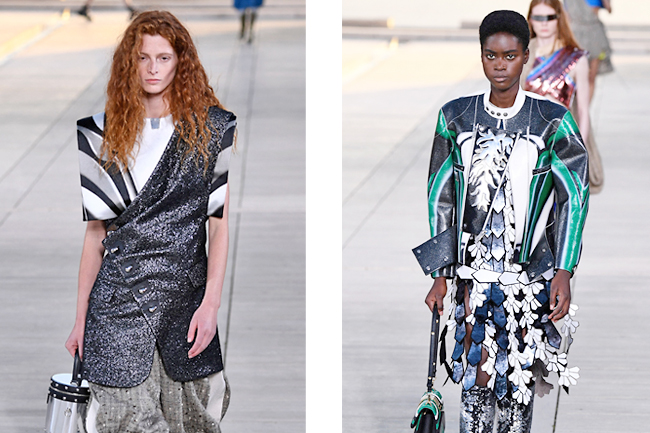 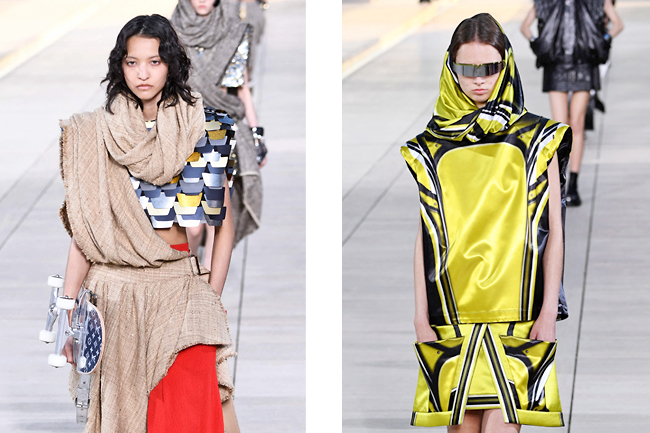