For the first time in its history, Universiti Teknologi Brunei (UTB) has been awarded the 5-Plus Star rating for excellence by Quacquarelli Symonds (QS), a world leader in higher education analysis based in the United Kingdom (UK).

The achievement has placed UTB among the 15 universities in the world and the only university in Southeast Asia to receive the prestigious QS 5-Plus Star Award.

The award recognises the university as an elite destination for the best students and faculty worldwide, and acknowledges UTB’s research excellence, teaching quality, globalisation experience for students, and capacity for nurturing student talent.

UTB Vice-Chancellor Professor Dr Hajah Zohrah binti Haji Sulaiman said, “Alhamdulillah, I would like to express my deepest gratitude and appreciation to the inspiring leadership of His Majesty Sultan Haji Hassanal Bolkiah Mu’izzaddin Waddaulah ibni Al-Marhum Sultan Haji Omar ‘Ali Saifuddien Sa’adul Khairi Waddien, Sultan and Yang Di-Pertuan of Brunei Darussalam and the Chancellor of UTB, continuous support of His Majesty’s Government, hard work of everyone at the university, the quality of our students, and the commitment of our strategic partners.

“This great achievement presents a historic milestone for UTB by being the only university in the Sultanate and Southeast Asia to be rated 5-Plus Star. This is a testament, among others, of UTB’s excellence, agility and resilience even in times of extraordinary change and uncertainty which help propel UTB to achieve these global standards.” 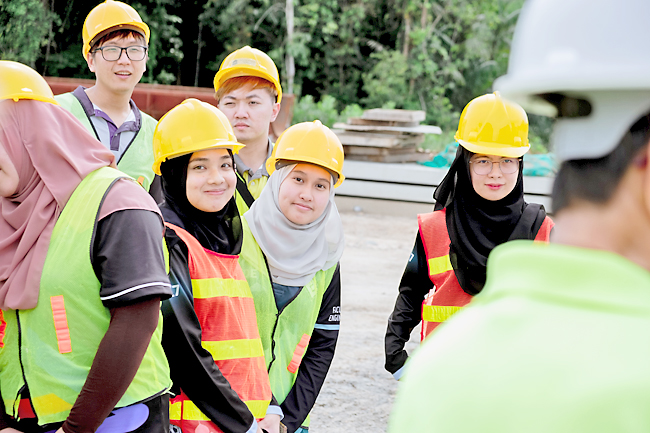 The vice-chancellor hoped the QS Star rating can become a deciding factor for prospective students, ultimately influencing their decision on university enrolment. This is in line with His Majesty’s titah during UTB’s Convocation ceremony in 2017, where His Majesty called upon for UTB to multiply its internationalisation efforts to attract more foreign students. His Majesty also welcomed UTB’s efforts to benchmark through star ratings and rankings among Asian universities.

The achievement shows that UTB is able to be on par with other prestigious universities worldwide and is a clear indicator of UTB’s ability to harness its strengths as an institution of global calibre.

The 13-year-old university has demonstrated promising growth from its first QS Stars audit in 2017 with an overall QS 4-Star rating. Since then, UTB has continued to improve its standings from an overall QS 5-Star in 2018 to a QS 5-Plus Star rating this year.

Currently, QS ranks UTB at 344 worldwide and at 40 for Young Global University under 50 years. In the latest QS Asia University Rankings 2021 edition, UTB is ranked at 128 among 634 institutions across the continent.

According to a report by QS, UTB’s recent result was announced following a comprehensive audit and evaluation from April 15 to August 26 across a range of areas including teaching, employability, research, internationalisation, facilities, social responsibility, inclusiveness and programme strength category: Engineering – Civil and Structural.

QS Star Rating is evaluated once every three years. To be rated 5-Plus Star, an institution must achieve the maximum five stars across all categories.

As a young university, UTB performs exceptionally well as it obtained perfect scores in four out of eight of its assessed categories – teaching, employability, social responsibility and inclusiveness.