AP – Fearful of losing federal pandemic dollars, officials from states across the United States (US) are rushing to finish projects by the end of the year aimed at expanding broadband Internet into underserved areas.

To comply with the current CARES Act rules, states must have the broadband projects, which can typically take months if not years of planning and construction, up and running by December 30. Efforts are underway in Congress to provide greater flexibility in the funding.

In Vermont, the Legislature cut back on what lawmakers would have liked to allocate from USD100 million to less than USD20 million. They didn’t believe they could have spent the larger amount on time, despite the need.

“We have to get it out, we have to get people to hook up,” said Vermont State Senator Ann Cummings, a Democrat who chairs the Senate Finance Committee, which worked on broadband issues during this year’s legislative session.

Now, the Vermont Department of Public Service is in the process of issuing requests for proposals to spend USD17 million. Potential contractors that usually plan years in advance are having to rearrange their schedules to do the work, said June Tierney, commissioner of the public service department, which expects to issue the first contracts in the coming days.

With broadband, the goal is to expand the service so it would be available to students studying from home during the pandemic, people who need to use broadband for telehealth reasons and people working remotely from home.

“The coronavirus funds that the feds are giving to the states can be used for the short-term in response to COVID, but broadband expansion is a long-term goal,” said Heather Morton, who follows state broadband efforts for the National Conference of State Legislatures.

Among the other states that are dealing with the issue are Alabama, Iowa and New Hampshire.

“Based on guidance we have received, we are looking at short-term, immediate solutions using existing technology to increase Internet access,” said Mike Presley of the Alabama Department of Economic and Community Affairs. “That work is still ongoing.”

New Hampshire is planning to spend USD50 million to expand broadband into underserved parts of the state.

“We’re moving as fast as we can regardless, but hopefully they’ll give us more time,” Republican Governor Chris Sununu said during a recent news conference.

The end-of-the-year rules don’t just apply to broadband. Housing, and many business projects, are other sectors that traditionally require long lead times, also must be finished by the end of the year. The Vermont Legislature appropriated USD32 million of CARES Act money to deal with emergency housing issues, including finding permanent homes for the homeless, considered to be among the most vulnerable populations to COVID-19. 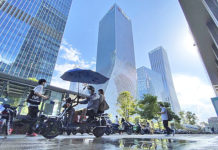 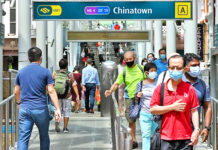 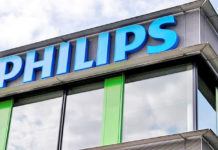