Biden confirmed he would attend the so-called “Three Amigos” summit in Mexico with Lopez Obrador and Canadian Prime Minister Justin Trudeau, the Mexican leader said. A date has yet to be announced for the three-way talks, which are expected to be held sometime in December.

“We had a cordial conversation with President Joe Biden on migration, security and development cooperation,” Lopez Obrador tweeted after the phone call. “He confirmed to me that he will visit Mexico to participate in the North American Summit,” he added.

Mexico faces a formal trade complaint from the US and Canada under a North American trade deal, the US-Mexico-Canada Agreement.

Washington and Ottawa say Lopez Obrador’s push to boost the state’s role in the energy industry hurts foreign investors and hinders the development of clean energy. 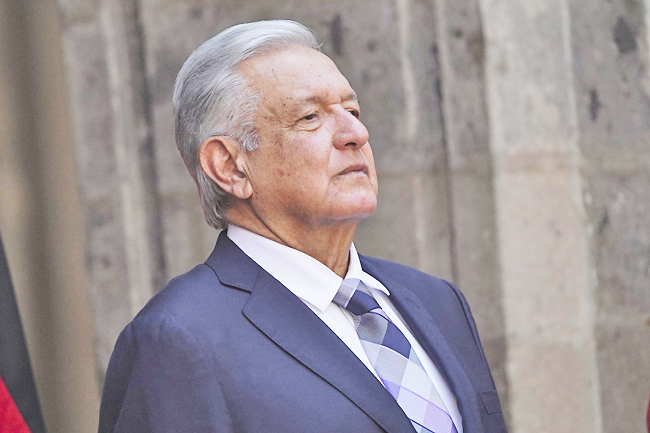 The White House said in a statement the phone call between the two leaders focussed on “actions to reduce the number of individuals who unlawfully cross the US-Mexico border and to expand legal pathways as an alternative to irregular migration.” Biden and Lopez Obrador also spoke about combatting fentanyl and gun trafficking,” the White House said.

Lopez Obrador told reporters earlier on Tuesday that Mexico’s relations with the US – its largest trading partner – was “very good” and “on an equal footing”.

Tuesday’s talks follow an announcement by Washington last week of a new programme granting legal entry to 24,000 Venezuelan migrants while returning to Mexico all those caught crossing the border illegally.

The move has left thousands of Venezuelan migrants hoping to enter the US by land stranded in Mexico.