US futures up modestly ahead of US inflation update

AP – United States (US) futures were modestly higher yesterday ahead of a US inflation update that will likely influence Federal Reserve plans for more interest rate hikes as it tries to squelch four-decade high inflation.

Forecasters expect US government data to show inflation eased in September but stayed near a 40-year high. That might reinforce arguments that rates have to stay elevated for an extended period to slow economic activity and extinguish inflation.

Economists forecast the data to show inflation decelerated to 7.9 per cent in September from the previous month’s 8.3 per cent. However, prices were expected to rise 0.6 per cent compared with August, accelerating from July’s 0.1-per-cent-increase.

Core inflation, which strips out volatile food and energy prices to show a clearer trend, is expected to accelerate to 6.5 per cent from August’s 6.3 per cent. That suggests costs of rent, medical services, autos and other goods and services still are rising in response to strong demand. 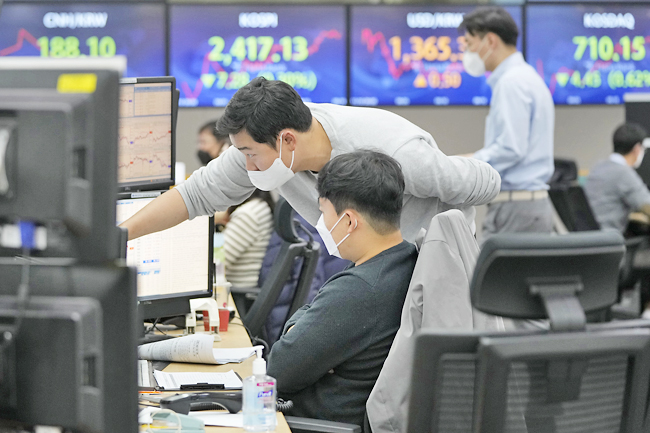 Traders expect the Fed to raise rates again next month but by a smaller margin of one-half percentage point after a series of 0.75 percentage-point increases. The Fed’s key lending rate is a range of 3.75 per cent to four per cent, up from close to zero in March. A growing number of investors expect it to exceed five per cent next year.

Wall Street’s benchmark S&P 500 index tumbled 2.1 per cent on Wednesday as votes were counted to decide whether Republicans take control of Congress, possibly leading to changes that can unsettle markets. Investors were rattled by the crypto industry’s latest crisis of confidence and weaker profit reports from The Walt Disney Co and other companies.

In European trading at midday, the FTSE 100 in London was 0.1 per cent lower, the DAX in Frankfurt was unchanged and the CAC 40 in Paris shed 0.5 per cent.

India’s Sensex shed one per cent to 60,447.97. New Zealand, Bangkok and Jakarta declined while Singapore and Malaysia gained.

Investors worry rate hikes this year by the Fed and central banks in Europe and Asia to cool inflation might tip the global economy into recession. Traders hope indicators that show US housing sales and other activity weakening might prompt the Fed to back off plans for more rate hikes.

The Dow fell two per cent.