WASHINGTON (AFP) – The United States (US) Federal Reserve announced the most aggressive interest rate increase in nearly 30 years on Wednesday, and said it is prepared to do so again in an all-out battle to drive down surging inflation.

The 0.75-percentage-point hike came with the Fed under intense pressure to curb soaring gas and food prices that have left millions of Americans struggling to make ends meet and sent President Joe Biden’s approval ratings plunging.

Fed Chair Jerome Powell said it was “essential” to lower inflation, and policymakers “have both the tools we need and the resolve it will take to restore price stability on behalf of American families”.

He stressed that the goal is to achieve that without derailing the US economy, but acknowledged there is always a risk of going too far.

The Fed’s policy-setting Federal Open Market Committee raised the benchmark borrowing rate to a range of 1.5-1.75 per cent, up from zero at the start of the year. It was the first 75-basis-point increase since November 1994.

Powell told reporters the move was “an unusually large one,” but he does not expect “moves of this size to be common.” 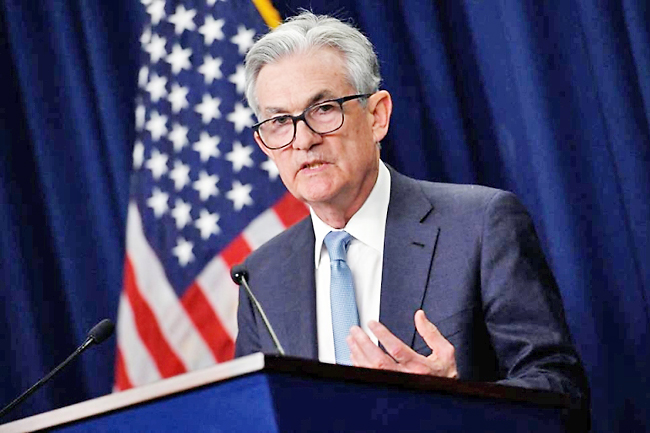