WASHINGTON (AFP) – United States (US) President Joe Biden will announce a “historic” US donation of half a billion COVID-19 vaccine doses for 92 poorer countries, the White House said.

The US is buying 500 million doses of the Pfizer-BioNTech vaccine, including 200 million set to be delivered around the world by the end of this year. The remainder will be sent out by June 2022, the White House said in a statement.

This “largest ever purchase and donation of vaccines by a single country” will “help supercharge the global fight against the pandemic”, the White House said.

Biden, who is attending a G7 summit in Britain this week, “will also call on the world’s global democracies to do their parts in contributing to the global supply of safe and effective vaccines”.

The US has come under criticism for sitting on huge stocks of unused vaccines, something the government said was initially necessary as a precautionary measure.

However, with domestic vaccination rates now having reached 64 per cent of adults receiving at least one dose, Washington is moving quickly to reclaim global leadership on the issue.

Dismissing suggestions that the US is in a so-called vaccine diplomacy contest with Russia and China, the White House describes its initiatives as a return to multilateral action after the nationalist isolationism of Donald Trump’s presidency.

This new, huge surge in donations aims “to save lives and end the pandemic”, the White House said. 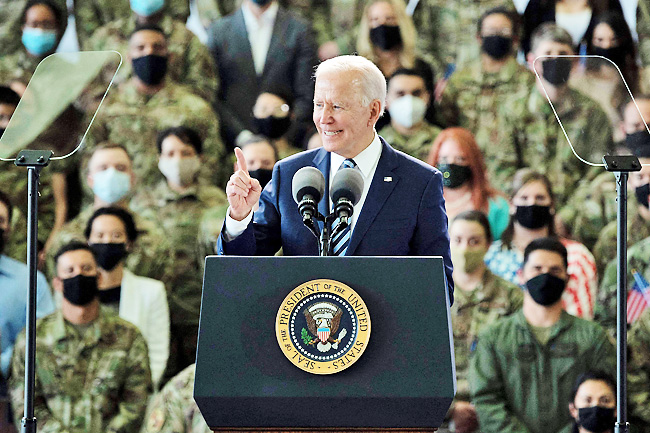