TOKYO (AP) – A United Nations (UN) human rights expert urged Japan’s government on Friday to provide evacuees from the Fukushima nuclear plant disaster with more support, including housing, jobs and other needs, regardless of whether they fled forcibly or not.

Wrapping up an investigation of the evacuees’ human rights conditions, Cecilia Jimenez-Damary said Japan has adequate laws to protect internally displaced people. They include a nuclear disaster compensation law that requires the plant operator, Tokyo Electric Power Company Holdings, to cover damages, and other government-led revitalisation and reconstruction programmes. But she said they have not been effectively used to address the vulnerability of the evacuees.

“Those laws should not remain just laws on the books, but they should be implemented,” she said. “Unfortunately, because they are not fully implemented, to a certain extent, this explains the proliferation of litigation against TEPCO and the government.”

Three reactors at the Fukushima Daiichi nuclear plant melted after a massive earthquake and tsunami on March 11, 2011, knocked out cooling systems, releasing large amounts of radiation and displacing more than 160,000 people at one point. About 30,000 people remain displaced in and outside of Fukushima.

Thousands of people have filed about 30 lawsuits demanding compensation from both the government and TEPCO for the loss of livelihoods and communities because of the disaster. The Supreme Court in July dismissed four lawsuits, saying the government cannot be held liable because the damage from the tsunami that hit the plant could not have been prevented even if measures had been taken.

Jimenez-Damary said the evacuees have received unequal treatment depending on whether they were forced to leave no-go zones or left voluntarily. Voluntary evacuees are seen as having left unnecessarily and are excluded from TEPCO compensation and many other government support measures.

“The categorisation of forced evacuees and voluntary evacuees, especially when it comes to receiving support and assistance, should therefore be dropped in practice,” she said, adding that the discrimination has “no justification under international law.”

She said she was very concerned about the termination in 2017 of housing support for voluntary evacuees in Fukushima that led to the prefectural government filing a lawsuit against people who remained in dorms for government employees despite an order to leave.

Jimenez-Damary, the UN special rapporteur on human rights of internally displaced persons, met with Japanese officials, experts, human rights organisations and evacuees in Tokyo, Fukushima, Kyoto and Hiroshima during her September 26 – October 7 visit to Japan. Her preliminary report is expected early next week, followed by a full report to be issued in June 2023.

She acknowledged efforts by the central and local governments to address the vulnerabilities of evacuees, but said, “I would like to stress that there has to be an improvement.” 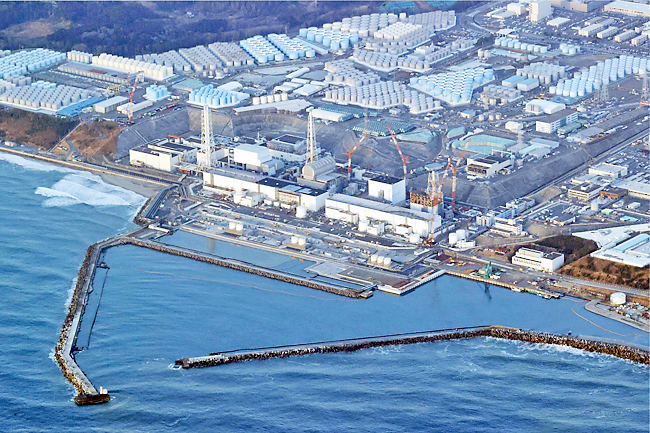