The Faculty of Islamic Economics and Finance (FEKIm) in collaboration with six ASEAN universities recently organised the 10th ASEAN International Conference on Islamic Finance (AICIF), where Universiti Islam Sultan Sharif Ali (UNISSA) was chosen as the host for the 11th AICIF next year.

The conference was held from Tuesday until yesterday at DoubleTree by Hilton in Kuala Lumpur, Malaysia.

“AICIF is an important and effective platform for scholars to share their views on the latest Islamic banking and finance developments,” he said. 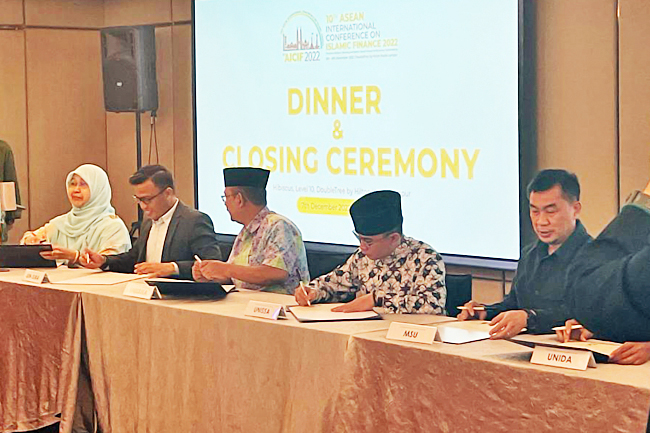 The conference was attended by Executive Director of the Association of Islamic Banking and Financial Institutions Malaysia (AIBIM) Ratna Sha’erah Kamaludin as the guest of honour.

During the conference, a letter of understanding (LoU) was inked between AICIF members to mark the commitment and loyalty of seven ASEAN higher learning institutions to continue working together in developing the field of Islamic banking and finance education.