The unemployment rate has declined steadily in recent years, but COVID-19 is expected to have caused dislocations. The labour market remains segmented, with the public sector almost wholly occupied by locals, while foreign workers are employed primarily in the private sector.

This was highlighted in the Centre for Strategic and Policy Studies (CSPS) report which released the Brunei Economic Outlook 2021 report, discussing recent key developments in the Brunei economy and the economic outlook for the year. The report also said that following the 2014-15 collapse in oil prices, public sector hiring has slowed and locals have been encouraged to seek jobs in the private sector.

Several initiatives have been implemented in recent years to address the high unemployment rate, particularly among the youth.

These include the i-Ready paid apprenticeship programme to provide graduates with industry experience; JobCentre Brunei to improve job matching; upskilling and reskilling programmes aligned to industry needs; and labour policies aimed at increasing the share of locals in the private sector.

As of December last year, the number of registrants at JobCentre for secondary education and below was around 3,000 people, followed closely by first degree and above that was close to 3,000 people.

Technical and vocational students accounted to about 2,000 people, while Higher National Diploma and equivalent was around 1,250 people and registrants with pre-universty qualification was around 250 people. 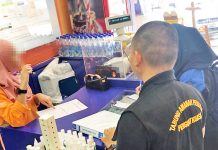 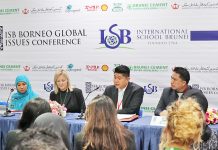 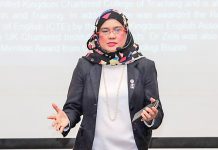