Have you ever heard your parents talk about the ‘good old days’? They used to tell you that they could buy a pack of Nasi Lemak for 50 cents, complete with meat and vegetables and be full for the whole day.

Some even talk about how BND1 of satay would get them 10 sticks and that 20 cents was their school allowance, yet it was more than enough.

Nowadays, you’ll be hard pressed to find satay at 10 sticks for BND1. Everything from food, vehicles and property prices soared far higher than before. We’ve obviously experienced inflation and this is certainly a norm no matter where you are in the world.

What exactly is inflation? For this week on Money Matter$, we’ll be looking at what inflation is and what role does it play in modern finance.

Inflation is a general increase in prices for goods and services and a drop in the purchasing power of a currency. This means that each year, every dollar gets you a smaller percentage of a good or service.

When there is inflation, the value of your dollar does not stay constant. Let’s look at an example. Thus, for the same amount of money, you would not be able to get the same goods or services like you did last year.

For most developed countries, the Central or National bank holds the task of maintaining the inflation rate and recently, most have sustained it between two to three per cent.

There are several different theories behind the cause of inflation and as such, this is no one universally accepted cause for inflation.

However, there are two theories which are known and generally accepted in economists’ circles.

The first theory is known as ‘Demand-Pull’ Inflation. To put it simply, ‘Demand-Pull’ inflation is when the growth of demand is faster than that of supply. For example, as more and more people have wealth to purchase property, property prices will increase as fewer properties become available for sale.

This type of cause for inflation usually occurs in nations with a developing economy.

The second theory is known as ‘Cost-Push’ Inflation. This type of cause for inflation occurs when companies raise the price of their goods and services because operating costs increase.

For example, say you run a Nasi Lemak stall. Each individual component has a specific recipe which was developed by you.

To improve the taste of one component, say the sambal, you would be required to purchase fresh chili of a premium grade, as opposed to the standard grade that your stall has been using.

This increase in cost would affect your product and so the Nasi Lemak Pedas Special would cost BND1.50 instead of BND1. Increased costs include several factors such as increased cost for transportation, wages and taxes.

For example, when the inflation is not expected and consumers are not able to prepare for the increase, it causes uncertainty in the market.

When there is uncertainty, people and companies are less likely to spend.

Everyone usually notices when prices go up but what they tend to forget is wages should rise as well. So, it just becomes a matter of whether the rate of increased inflation is higher than that of wages.

More importantly, inflation is a sign that an economy is growing which is a good thing.

A stagnant or lack of increased inflation is an indication that an economy is weakening. Now that you’ve gotten the gist of inflation and how it affects everyone, you’ll have a better grasp of understanding the economy. 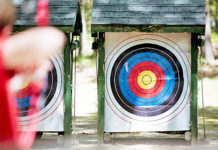