CNA/NEW YORK TIMES – Over the course of the COVID-19 pandemic, rates of depression and anxiety soared, and many Americans turned to antidepressant medication to help them cope. Even before the emergence of COVID, one in eight American adults was taking an antidepressant drug.

According to one estimate, that number rose by 18.6 per cent during 2020. Zoloft is now the 12th most commonly prescribed medication in the United States (US).

Given this, you might assume that the question of how – and how well – these drugs work has been clearly answered. And yet recent papers have challenged their efficacy and actions in the brain. Some researchers even say the medications are barely better than a placebo and ask whether they warrant such widespread use.

For psychiatrists, this debate is nothing new. Columbia University Irving Medical Center clinical psychiatry professor Dr David Hellerstein said the question comes in many iterations but boils down to: Do antidepressants work?

“I think they do,” he said. “The best clinical trials and meta-analyses, most of them indicate that there’s some medication effect. I would say it’s less than we would like it to be.”

This response may not sound very reassuring to the tens of millions of Americans taking an antidepressant. But to psychiatrists who prescribe these drugs, the reality is that while the medications are imperfect, they do help the majority of people who take them.

If you take an antidepressant or are considering one, here’s what to know about how they work and how their effectiveness is measured. 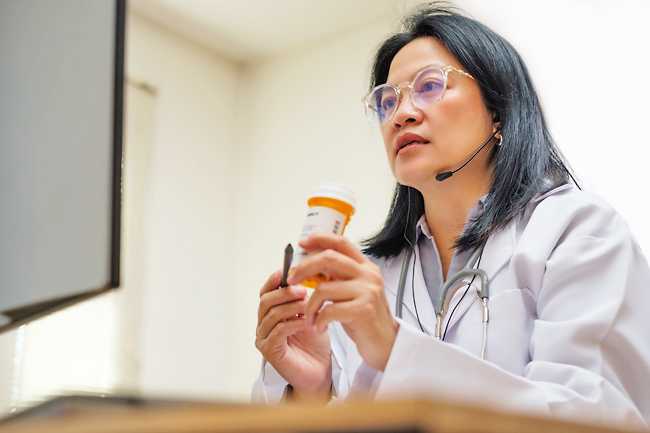 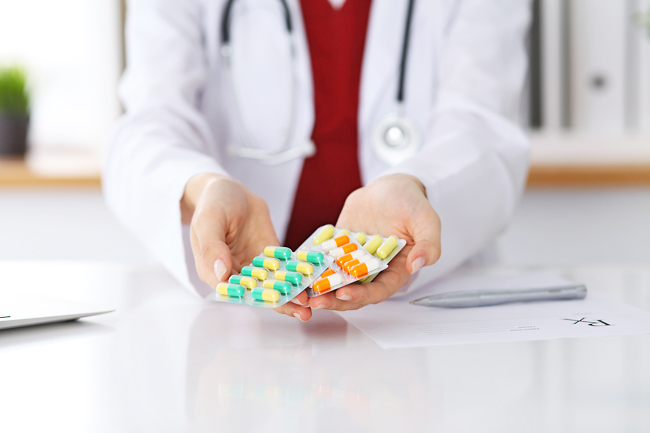 WHAT DO WE KNOW ABOUT ANTIDEPRESSANT EFFECTIVENESS?

The most commonly prescribed type of antidepressants are selective serotonin reuptake inhibitors (SSRIs). These include Prozac, Zoloft and Celexa. The drugs prevent neurons from sucking up the neurotransmitter serotonin, allowing more of the chemical to float around in the brain.

Other antidepressants increase circulating levels of different brain chemicals, such as norepinephrine and dopamine, in addition to serotonin. However, those drugs come with more side effects, so psychiatrists typically start people with depression on an SSRI first.

The largest study of antidepressants to date was the Sequenced Treatment Alternatives to Relieve Depression (STAR*D) trial, which was conducted by the National Institute of Mental Health during the early 2000s. The clinical trial tested multiple antidepressants on nearly 3,000 people with depression, starting everyone on an SSRI If people didn’t respond to the SSRI after 12 weeks, they moved on to either another type of SSRI or a different class of antidepressants.

The trial continued in this way until people who weren’t responding to the medications had tried four different antidepressants. By the end of the study, half of the participants had significantly improved after using either the first or second medication, and nearly 70 per cent of people had become symptom-free by the fourth antidepressant.

“If you look at the STAR*D, better than 60 per cent of those patients actually had a very good response after going through those various levels of treatment,” said Yale School of Medicine psychiatry professor Dr Gerard Sanacora. “But it really did make people aware of the fact that these are not miracle treatments. There’s still a lot of people that are suffering despite having these treatments out there.”

One critique of the STAR*D trial is that it didn’t compare the medications against a placebo. Other research has shown that much of the benefit antidepressants provide comes not from their chemical effects in the brain but from a placebo effect.

In one study, antidepressants helped people improve 9.6 points on a depression scale, while people taking a placebo improved 7.8 points, meaning that 80 per cent of the benefit people experienced could be attributed to a placebo effect. Subsequent meta-analyses that combined multiple trials assessing the efficacy of several types of antidepressants have found that people are about 25 per cent more likely to improve on a drug than on a placebo.

To Dr Sanacora, what matters more than the source of the improvement – whether it’s the pharmacological action of the medication or the placebo effect, which he prefers to call the “nonspecific response” – is that patients got better after taking the drug.

He points out that when you take an antidepressant, you benefit from both the drug’s chemical effects on the brain and the placebo (or nonspecific) effects, such as the daily reminder that you are doing something to help your mental health.

But if you don’t take the medication, you don’t benefit at all.

“I worry that patients who are really struggling, especially now, when rates of depression are higher than ever, are going to hear this and get the idea that these drugs don’t work,” he said, referring to some of the skeptics’ claims. “That’s not true. They do work.”

Predicting who will improve on antidepressants and who won’t is virtually impossible. Attempts to use genetic screening to forecast a person’s potential treatment response haven’t panned out.

Those tests provide information on how efficiently the body metabolises the drug, but Dr Sanacora said that is most useful for assessing adverse reactions, not effectiveness.

“I think it’s been oversold by some people that you could do a genetic test and it’s going to tell you which drug you’re going to respond to,” he said. “That has never been the case.”

HOW DO THESE DRUGS WORK?

Experts initially thought that depression must be caused by low levels of neurotransmitters in the brain, in part because the first antidepressant drug – accidentally discovered in the 1950s – increased circulating amounts of the chemicals. Further research suggested that serotonin played an especially important role in mood. This so-called “chemical imbalance” theory gained a foothold in the cultural psyche and was promoted by ads for the medications.

However, starting in the 1990s, researchers began to understand that depression was much more complicated and that serotonin played only a nominal role. For one thing, SSRIs increase serotonin levels immediately, but it takes several weeks before people start to feel better. Studies also started to emerge showing that another brain system played a role: People with depression consistently have less volume in an area called the hippocampus that’s important for regulating mood.

The current prevailing theory, Dr Hellerstein said, is that chronic stress can cause the loss of connections – called synapses – between cells in the hippocampus and other parts of the brain, potentially leading to depression. Antidepressants are now thought to work at least in part by helping the brain form new connections between cells.

Researchers aren’t exactly sure how increasing serotonin with an SSRI causes these synapses to regrow. One possibility is that the medications also increase levels of other brain chemicals, called growth factors, that help those connections form and spread.

A paper published earlier this year made headlines for presenting several decades’ worth of evidence that people with depression don’t have less serotonin than people who are not depressed. To most psychiatrists, the paper didn’t reveal anything new, and it didn’t mean antidepressants aren’t effective (a widely held misinterpretation of the paper). Instead it revealed a fundamental disconnect between how the public viewed depression and how the experts thought about it.

“To me, that is an old theory for depression,” said NYU Langone Health psychiatry professor Dr Daniel Iosifescu. “That was already invalidated 20 years ago, so we’re just essentially putting the nail in the coffin, so to speak.”

WHAT ALTERNATIVES TO ANTIDEPRESSANTS ARE AVAILABLE?

Alternative treatments for depression have emerged that attempt to help the brain create new connections more efficiently – most notably ketamine and psychedelic therapy (which is not approved by the Food and Drug Administration).

These interventions appear to be about as effective as antidepressants, improving depression scores in roughly 60 per cent of the people who try them. More significant is that they are able to treat some of the people who don’t respond to the traditional medications. The drugs are seen as riskier and more invasive than antidepressants, though, so are meant to be used as a last resort, not a first-line treatment, Dr Sanacora said.

Some psychiatrists have also started to recommend nonpharmaceutical treatments to help people with depression. Dr Hellerstein said that when he evaluates a new patient, he now pays more attention to habits, such as sleep, diet and exercise, and would often recommend behavioural changes, therapy or meditation before medication.

There’s research suggesting that exercise also may help new connections grow in the brain, and in some studies exercise has been shown to be as effective as antidepressants at treating depression. Meditation has been found to help with feelings of stress and anxiety, and there’s a clear connection between sleep deprivation and anxiety in the brain.

“You’re making, I think, a more holistic assessment of that person’s way of living than maybe you did in the late 1980s,” Dr Hellerstein said.

Finding the best solution for your depression, whether that’s an SSRI, another antidepressant or a behavioural intervention, can take a lot of trial and error, but it’s important to remember that you do have options. And while psychiatrists acknowledge that SSRIs and other antidepressants are imperfect – they hope a better drug will come along eventually – for the time being, they’re the best medications currently available.

“I wouldn’t write these older antidepressants completely off and say we should get rid of them,” Dr Iosifescu said. “They do seem to work for a good number of patients.”