Autoriti Monetari Brunei Darussalam (AMBD) acts as a central bank of Brunei Darussalam with the responsibility of formulating and implementing monetary policy, advising the government on monetary arrangements, and supervising banks and other financial institutions.

A monetary policy is a macroeconomic initiative enacted by a country’s central bank to affect the money supply or/and interest rates in the country. The goals or objectives of monetary policy varies across countries.

Some examples include attaining full employment, high economic growth and stable price level or exchange rates. Monetary policy instruments may be adjusted from time to time depending on the performance of the economy and what the central bank wishes to achieve. 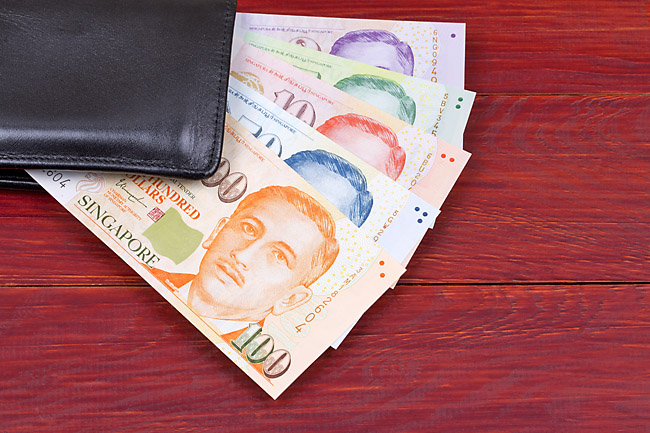 In the Sultanate, the Brunei dollar is pegged to the Singapore dollar as the reserve currency, at par under the CIA. A currency board must fully back up the total amount of currency issued in the economy with an equivalent amount held in foreign reserves.

This is also stated in the Currency Order 2004, which requires AMBD to back up every note and coin issued with foreign exchange reserves. This is to ensure confidence and stability in the Brunei dollar, and hence, eases trade and investment.

As the Singapore dollar anchors the Brunei dollar, Singapore’s monetary policy has a direct influence on monetary conditions in Brunei. Singapore uses the exchange rate as its monetary policy tool. The longstanding monetary policy framework based on the CIA has been beneficial for macroeconomic stability. Inflation in Brunei has also been low and stable, averaging 1.1 per cent over 1981-2019 (Department of Economic, Planning and Statistics, Ministry of Finance and Economy, 2019).

The CIA makes Brunei and Singapore a unique case of a currency board. Under the CIA, the monetary authorities and licensed banks in both countries are obliged to accept and exchange each other’s currencies at par and without charge, into their own currency. The value of the Brunei dollar and the Singapore dollar are always equal. (However, rates in money changers may differ due to administrative costs).

As a result, the Brunei dollar is a customary tender in Singapore and the Singapore dollar in Brunei Darussalam.

Customary tender is different from legal tender. Legal tender is any official medium of payment recognised by law that can be used for payments (and other financial obligations) in the country.

Typically, the legal tender is the national currency issued by the country.

Meanwhile, it is customary to accept Brunei banknotes in Singapore and Singapore’s in Brunei Darussalam.

This unique arrangement has been mutually beneficial for both Brunei Darussalam and Singapore. The arrangement removes exchange rate risks between the two countries, which would typically cause uncertainty and become a risk to business operations and investments. It also reduces the cost of doing business between Brunei Darussalam and Singapore, and in turn eases tourism, trade and investments.

Under the CIA, the authorities have agreed to return the customary tender collected through currency repatriation, which means that AMBD returns the Singapore currency to the Monetary Authority of Singapore (MAS) and likewise, MAS returns the Brunei currency to AMBD.