MADRID (AFP) – Reigning champions Real Madrid beat Barcelona 3-1 in the Clasico to overtake their fierce rivals at the top of La Liga on Sunday.

Karim Benzema opened the scoring in the 12th minute by converting a rebound after Marc-Andre ter Stegen saved from Vinicius Junior, with Fede Valverde drilling home the second from the edge of the box before the break.

Ferran Torres pulled one back for Barcelona in the final stages after good work by Ansu Fati, but Rodrygo won and converted a late penalty to ensure Carlo Ancelotti’s side inflicted Barcelona’s first domestic defeat of the season.

Madrid ended the Catalans’ seven-game winning streak in the league and added to the still-raw pain of their struggles in Europe, where they are on the verge of Champions League elimination.

Barcelona, who spent heavily in the summer to try and catch up with their rivals, now trail them by three points.

“We knew there would come a time in the game where we had to suffer, because they move the ball well, and that’s when each of us had to give more, defend well, and we did it,” Madrid midfielder Luka Modric told DAZN. 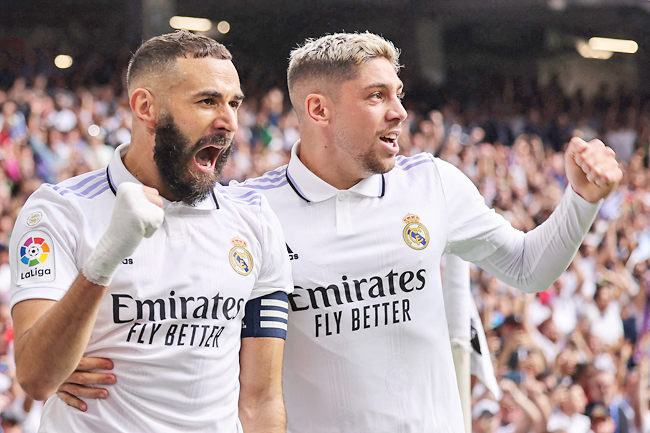