UNITED NATIONS (AP) – The United Nations (UN) nuclear agency renewed its request on Tuesday to assess the safety and security at Europe’s largest nuclear plant in southeastern Ukraine which Russia and Ukraine accuse each other of shelling, sparking warnings of a possible nuclear catastrophe.

UN Political Chief Rosemary DiCarlo announced at the start of an emergency meeting of the UN Security Council on the situation at the Zaporizhzhia nuclear plant that Director-General of the International Atomic Energy Agency (IAEA) Rafael Grossi requested to send an IAEA mission “to carry out essential safety, security and safeguard activities at the site”.

“Preparations for the mission are proceeding and the IAEA is in active consultations with all parties regarding its efforts to send such a mission as soon as possible,” DiCarlo said.

“We welcome Ukraine and Russia’s recent statements indicating support for the IAEA’s aim to send a mission to the plant, which would be the IAEA’s first to that site since the start of the war.”

Grossi said in a statement that “the mission is expected to take place within the next few days if ongoing negotiations succeed”. 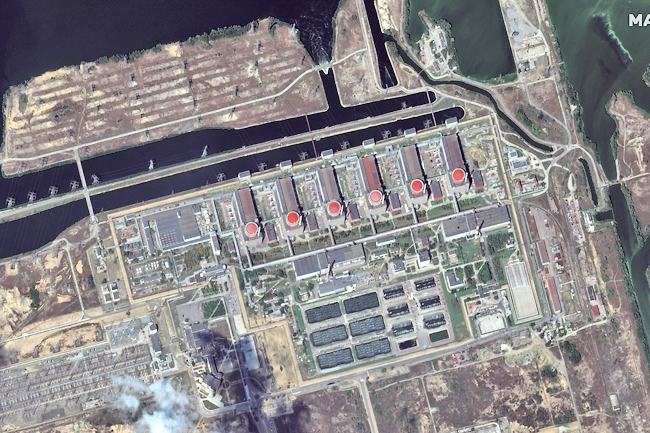 DiCarlo said the UN has the logistics and security capacity in Ukraine “to support any IAEA mission to the plant from Kyiv, provided Ukraine and Russia agree”.

The Zaporizhzhia plant has been under the control of Russian forces since early March, soon after their invasion of Ukraine.

Technical experts from Ukraine continue to operate the nuclear equipment.

DiCarlo called the situation in and around the plant “dangerous” and warned that if the almost daily reports “of alarming incidents involving the plant” continue, “we could face a disaster”.

Russia’s UN Ambassador Vassily Nebenzia told the council that since its last meeting on the operation of Zaporizhzhia about two weeks ago, “the nuclear safety situation has further deteriorated”.

“The armed forces of Ukraine continue basically every day to shell the territory of the nuclear power plant and the town of Enerhodar and this creates a real risk of a radiation accident,” he said.

“We expect that the IAEA trip mission will take place in the very near future and the agency experts will confirm the real situation at the station,” Nebenzia said.

“We stand ready to extend maximum support possible to resolve all organisational issues.”

Ukraine’s UN Ambassador Sergiy Kyslytsya welcomed the readiness of the IAEA’s Grossi to send a mission to Zaporizhzhia.