AP – A United Nations (UN) organisation on Friday committed to sharply cut carbon emissions from air travel by 2050 in response to growing pressure for airlines to reduce their pollution.

Several major environmental groups praised the move, saying it could encourage the production of more sustainable aviation fuel. But they cautioned that it will be difficult to push countries to follow up with policies that actually reduce emissions.

Aviation is a relatively small contributor to overall climate-changing emissions, but its share is expected to grow. More people are expected to travel on planes in the coming years, and aviation lacks cleaner alternatives such as electric power that are rapidly becoming widely available for cars and trucks.

On Friday in Montreal, representatives of nearly 200 nations in the UN’s International Civil Aviation Organization adopted what the agency called an “aspirational goal” of reaching “net zero” emissions by 2050.

The decision capped nearly a decade of negotiations and occurred as aviation comes under more pressure to fall in line with conditions of the 2015 Paris Agreement on climate, which aims to cap the rise in global temperature. Crucially, the UN agency’s resolution does not set targets for individual countries or airlines.

Senior official at the Environmental Defence Fund Mark Brownstein said the resolution raised hope that travel will be more sustainable. “But the work isn’t over,” he said. “Now is the time for countries to act by establishing policies that support achievement of a 2050 net-zero goal for aviation with measurable progress in the interim.”

Dan Rutherford, who tracks the issue for the International Council on Clean Transportation, said that to hit the net-zero target, aviation emissions will need to peak and start decreasing as soon as 2025, “with richer countries taking the lead”.

Airlines and governments expect to greatly reduce emissions by gradually switching from kerosene-based jet fuel to fuels made from fats, grease, plants or renewables. The European Union (EU) has proposed higher taxes on fossil fuels including jet fuel. But reaching net zero could require tougher measures including limits on flights – at least until large electric- or hydrogen-powered planes are feasible decades from now.

Airlines for America said it applauded the UN group’s resolution, which could avoid a patchwork of policies by individual countries. The industry trade group called the 2050 milestone “ambitious”, but said airlines are already working with the United States government to make three billion gallons of sustainable aviation fuel available by 2030. 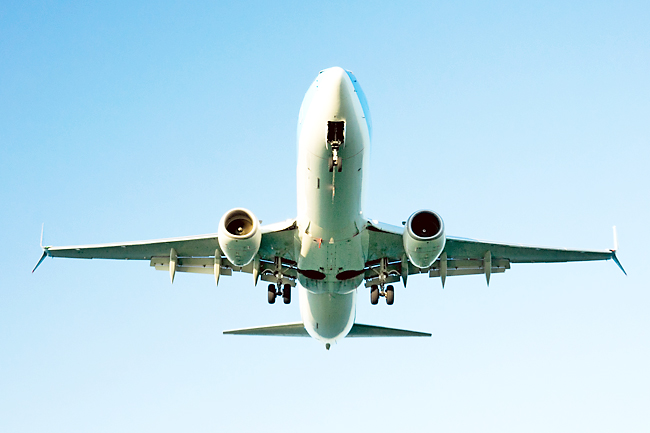