Many emerging economies, which are least to blame for the fossil-fuel gases that stoke global warming, are among the most exposed to climate impacts, such as worsening drought, floods and cyclones.

Funding to help them adapt to accelerating impacts and curb emissions is one of the thorniest issues at UN climate negotiations, which begin their latest round in Egypt last Sunday.

Wealthy nations have failed to provide a pledged USD100 billion a year to developing nations, reaching just USD83 billion in 2020.

Only a part of that – USD29 billion – was for adaptation.

That leaves a “yawning gap to be filled” said UN Environment Programme (UNEP) Chief Inger Andersen, adding that the actual needs were around five to 10 times greater than finance provided in 2020. 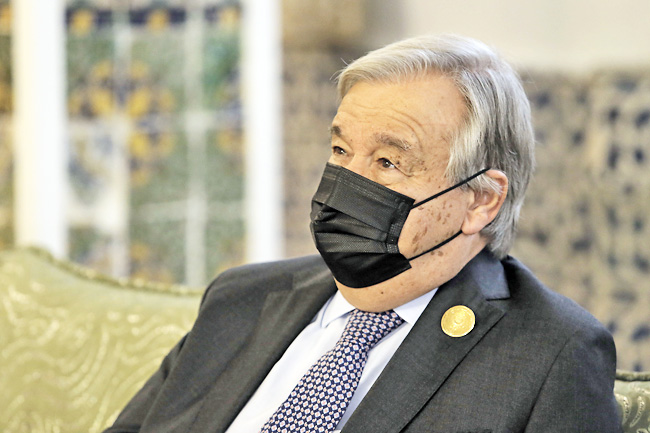 While countries have committed to providing new funding for climate-vulnerable nations, richer nations have been accused of relabelling other types of funding, like humanitarian aid, as climate funding.

“Some of that money – and we don’t know how much, but certainly a significant proportion – is not actually adaptation or mitigation, it’s repurposed,” author of the UNEP report Henry Neufeldt told a press conference yesterday.

But as the world warms, climate change impacts increase and so too do the costs of preparing for them.

UNEP revised up its adaptation estimates from a year earlier, saying countries will now need USD160 billion to USD340 billion annually by 2030 to strengthen their resilience, rising to USD315 billion and USD565 billion by 2050.

Last week the UN warned the world was nowhere near the Paris Agreement target of capping warming at 1.5 degrees Celsius above pre-industrial levels.

“We must quickly reduce greenhouse gas emissions and strive for net-zero. But people, ecosystems and economies are already suffering,” said Anderson, calling for the international community to “urgently increase efforts to adapt to climate change”.

In February, in a report dubbed an “atlas of human suffering”, the UN’s climate experts warned that global warming is outpacing our preparations for a climate-addled world.

The poorest are often the hardest hit and the least able to protect themselves.

“We need a global surge in adaptation investment to save millions of lives from climate carnage,” he added, announcing a new tool to try to help fill this gap.

At the last UN climate talks in Glasgow, countries agreed to double their adaptation finance from 2019 levels by 2025, reaching USD40 billion.

But even that target is under question after the increase from 2019 to 2020 was just four per cent, the UN said.

“The current model for delivering adaptation support, quite frankly, is broken,” a senior UN official told AFP. While financing has always been a key sticking point in the UN climate negotiations, the issue is taking on greater urgency at this year’s meeting.