UK to introduce bill to breach Brexit deal with EU

LONDON (AP) – The British government said on Friday it will introduce a bill this week to override parts of the Brexit trade treaty it signed with the European Union (EU) before the United Kingdom (UK) quit the bloc in 2020. The move will be a major escalation in a UK-EU dispute over trade rules for Northern Ireland.

British Prime Minister Boris Johnson’s spokesman Jamie Davies said “the bill has been agreed by the relevant cabinet committees”, and will be introduced to Parliament today.

The legislation, if approved by lawmakers, would scrap parts of a trade treaty with the EU that Johnson signed less than two years ago, by removing checks on goods entering Northern Ireland from the rest of the UK.

The EU has threatened to retaliate, raising the spectre of a trade war between the two major economic partners.

Some legal experts said the move is unlawful but the UK government said it will “publish a summary of the legal advice” it has received about the legislation. 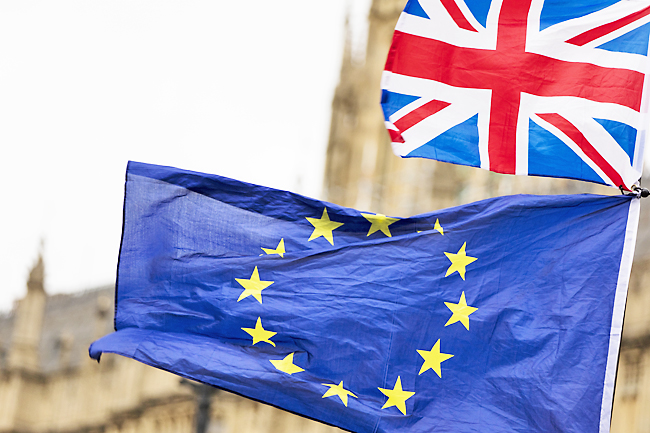 Northern Ireland is the only part of the UK that shares a border with an EU country, Ireland.

When Britain left the EU and its borderless free-trade zone, the two sides agreed to keep the Irish land border free of customs posts and other checks because an open border is a key pillar of the peace process that ended decades of violence in Northern Ireland. Instead, to protect the EU’s single market, there are checks on some goods, such as meat and eggs, entering Northern Ireland from the rest of the UK.

Britain’s Conservative government said the Brexit rules also are undermining peace in Northern Ireland, where they have caused a political crisis.